Is the Surface Pro 4 just not enough of a laptop for you? Then prepare to be excited by the news that Microsoft’s Surface Book is coming to the UK – and sooner than you might think.

You can pre-order one today from the Microsoft Store or Currys PC World, with prices starting at £1299. There’s no official word on when you’ll actually get your laptop, but the safe bet appears to be mid-February.

Microsoft’s first laptop looks positively spaceage compared to almost every other Windows laptop out there, with a tear-off screen that effectively turns it into a Surface Pro. It’s no cut-down tablet with detachable dock, though; the keyboard has a second battery that can boost running time to 12 hours, and it can be specced with a dedicated Nvidia GPU for gaming and graphics work.

By comparison, the base-level MacBook Pro with Retina Display costs £999, while a similarly specced i7 model will set you back £1729. Apple undercutting Microsoft? Whatever next.

It’s all about those curves

With everything packed into a 7mm thick metal chassis weighing just 725g, you’re paying for styling as well as performance, but that gorgeous articulating hinge, 13.5in, 3000×2000 pixel resolution touchscreen and Surface Pen stylus go some way to justifying the extra cash.

It’s not just the UK that’s in line for the Surface Book, either. Anyone in Austria, France, Germany, Switzerland, China, Hong Kong, Japan and New Zealand can now reserve one, with India set to follow in the next few weeks.

We’ll have a review soon, so keep checking back for our verdict.

RELATED › The 10 best laptops in the world right now 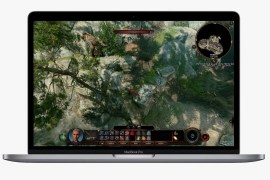