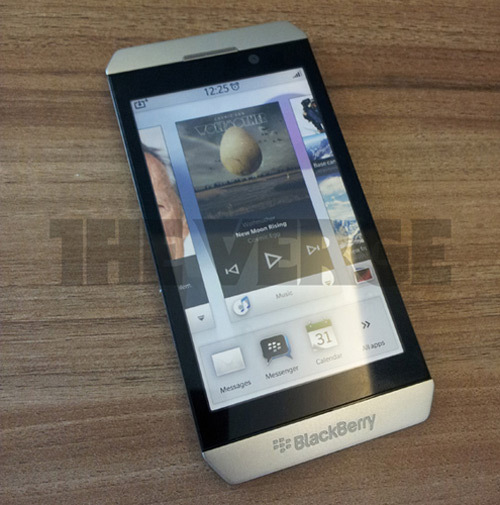 BlackBerry has joined the world of phone leaks – with the stunning-looking BlackBerry London revealed to the world via a hastily-snapped pic. We presume the name refers to the phone’s foggy-grey coloured exterior, rather than the gentleman-business-fellow image the name conjures up. Or vice versa.

The handset, leaked by The Verge and confirmed by BGR as in production for a late 2012 release, will be sporting the new BBX OS – the same as the PlayBook. It looks like convergence (and some design inspiration from their Porsche handset) has led to a large screened touch-powered smartphone.

With a release date as late as next year, we’re expecting more apps, a quad-core processor and HD display – no pressure then RIM.