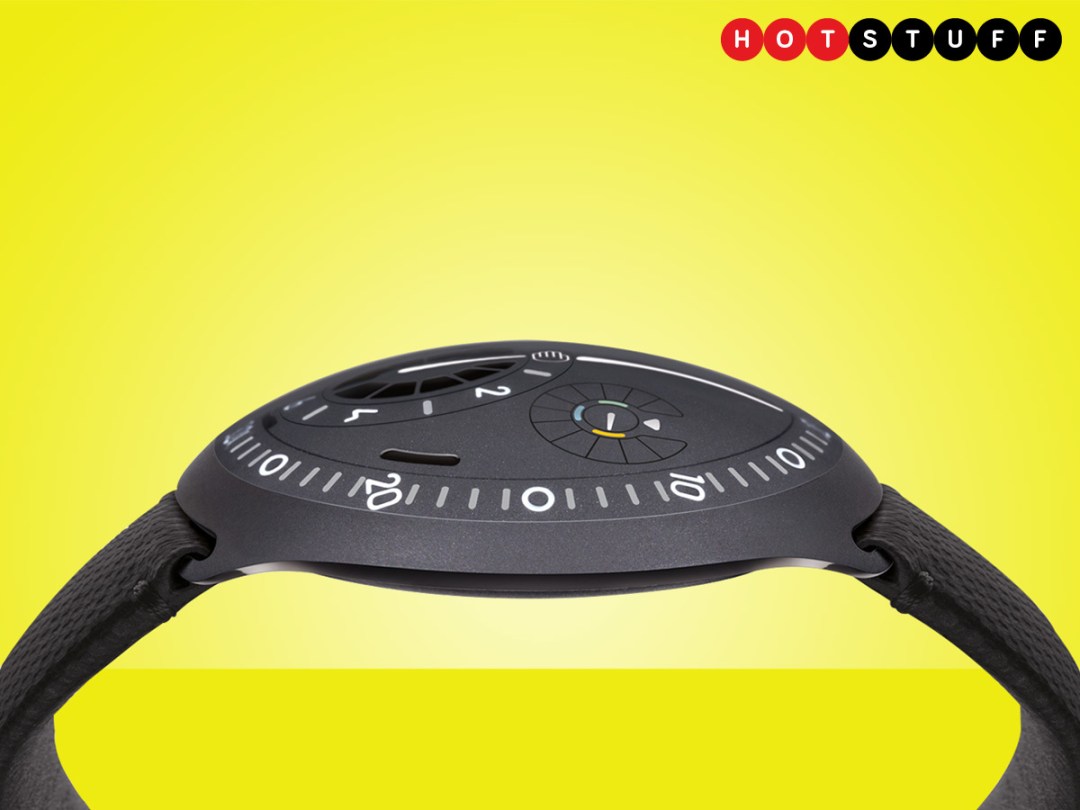 Not all smartwatches can tell you who’s calling or supply your doctor with a detailed breakdown of every single time your heart throbbed, but that doesn’t mean they’re not clever in their own ways. While the Ressence Type2’s IQ might be lower than that of an Apple Watch Series 4 or Samsung’s Galaxy Watch, its timekeeping chops are not to be sniffed at. Not only do the three dials on the face orbit around one another as the seconds tick past, it’s also the first mechanical watch to come with a smart crown, which can be set using the companion app and used to switch between time zones with just a tap. Powered with the help of solar cells on the face, the Type2 will go into hibernation if you take it off for more than 12 hours but spring back into action as if nothing ever happened when you put it back on and double tap the sapphire. That horological trickery will set you back 42,500 CHF (excluding taxes), which is just over £33,600, but you can bet you won’t see many of these down the Red Lion.