Samsung has expanded its Smart Monitor roster with a range of new displays that includes a mammoth 43in ‘do-it-all’ screen. The retooled lineup includes M5 displays in 24in, 27in, and 32in variants alongside a whopping 43in M7 display. That seismic model is the secret weapon in Samsung’s new Smart Monitor arsenal, and features a 4K UHD display, all-in-one powered remote made from recycled plastic, numerous connectivity options including Tap View and Apple AirPlay 2, a bundle of USB-C and USB ports, and built-in support for Microsoft 365 applications that lets users view and edit documents from the cloud without needing to rely on a PC. When the working day is done, native out-of-the-box support for entertainment services like Netflix, HBO, and YouTube will allow users to kick back and relax in a snap – no smartphone or PC connection required. Anybody interested in the revamped Samsung Smart Monitor lineup can make an ‘enquiry to buy’ over on the Samsung website. Sounds exclusive. 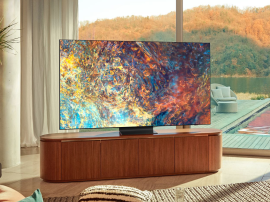 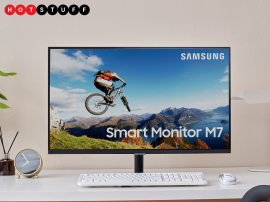 The Best 4K TVs Available For Under £500

Make the jump to 4K in 2020 without breaking the bank. 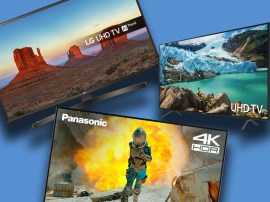