If you build a bespoke motor inspired by Bond but don’t fit it with an ejector seat, is it even worthy of the 007 badge? That’s something buyers of Land Rover’s latest limited-run Defender will be able to contemplate in Q-approved style. Built to celebrate the 25th (official) on-screen outing of Britain’s second-best secret agent (after Johnny English), the V8 Bond Edition goes easy on the gadgets in favour of finely tuned performance. Under the hood is the Defender V8’s supercharged 5.0-litre 525PS engine, good for 0-60mph in a fleeting 4.9s. Inspired by the black-on-black off-roaders seen fleeing from nefarious sorts in No Time To Die (out 30 September), an ‘Extended Black Pack’ imbues the Bond Edition with understated menace fit for MI6’s finest. Less helpful for flying under the radar are the 007 badges on the back. And the treadplates. And projected in the puddle lamp graphics. Still, at least the 11.4in infotainment system gives you licence to chill. Starting at £105,395, just 15 of the 300 built by Land Rover SV Bespoke will be sold in the UK. 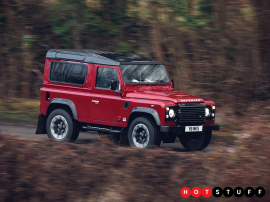 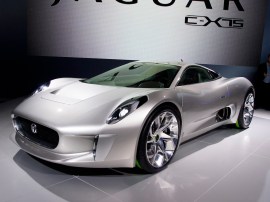