Home / Hot Stuff / Cars & bikes / The 2018 Mercedes G-Class might look the same, but it’s what’s on the inside that counts 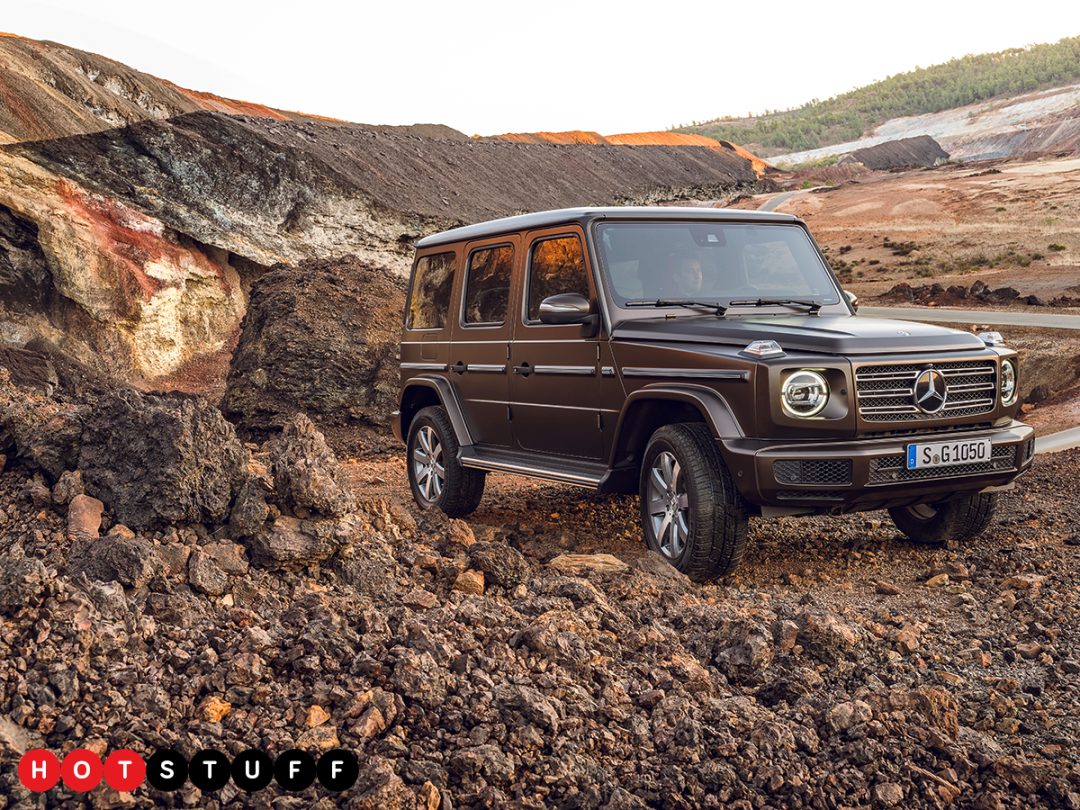 If it ain’t broke – and Chris Pratt is happy to pick one as his runaround in Jurassic World – then don’t fix it. This would appear to be Mercedes’ attitude to its iconic G-Wagen 4×4, which despite being nearly 40 years young, looks pretty much the same as it always has. But don’t be fooled! The 2018 G-Class might have a familiarly angular exterior, but hop inside and you’ll find an all-new SUV. Unveiled at the Detroit Auto Show, the revamped G is much roomier than its predecessor, and boasts a big dual-touchscreen setup for drive-related assistance functions and infotainment. There’s even a voice assistant on board. With new suspension, improved handling and the imaginatively-named “G-Mode”, which is used in conjunction with the three differential locks, performance is much improved whether you’re on or off road. Oh, and the whole thing is 170kg lighter. Deliveries start to roll out in the summer.