DJI is really serious about making wobbly smartphone videos a thing of the past. The second-gen Osmo Mobile is half the price of the original, making it much easier for smartphone stars to capture silky smooth clips without hugely expensive kit. To keep costs down, DJI has ditched removable batteries in favour of a sealed unit, which should last around 15 hours between top-ups. The grip is made from a nylon composite instead of metal, and the controls have been simplified for video newbies. There’s a tripod thread on the bottom now, and the gimbal swivels between portrait and landscape shooting for all you Instagram addicts. It’ll be available from £139, from apple.com starting the 23rd of January and direct from DJI in February. Mobiles aren’t the only things getting stabilised shooting, either. The Ronin-S is a handheld gimbal for digital SLR cameras – and a heck of a lot more portable than your usual camera rig. Hopefully it’ll be a lot cheaper, too – we’ll find out when it arrives later in the year. 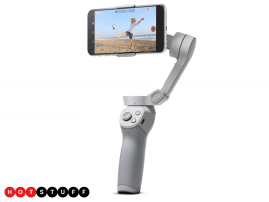 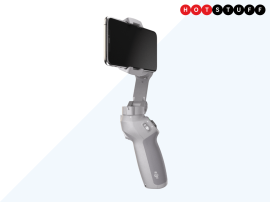 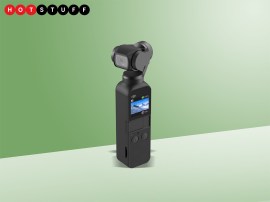