When it comes to pocket-friendly flying machines, DJI has long reigned supreme. From the Mavic Mini to the Mini 2, its dinky drones remain the birds to beat. But there’s a new quadcopter kid in town – and Autel’s after the crown.

Displayed at CES in Las Vegas, Autel’s Evo Nano series has the tech to go toe-to-toe with the DJI Mini 2. Pre-programmed video modes promise to capture cinematic shots at the touch of a button, while a three-axis gimbal means footage should be steady in a headwind. And with a weight of 249g, the Nano drones are clear for liftoff without the need for registration.

Like DJI’s miniature machines, both the Evo Nano and the Evo Nano+ can fold down for compact travel. But unlike the DJI Mini 2, they also feature three-way obstacle avoidance sensors – so first-time flyers should be less likely to come a cropper in a coppice.

As for shooting specs, the standard Evo Nano (£719 / $649) comes equipped with a 1/2in CMOS sensor that’s good for 48MP stills and crisp 4K/30p video. That should be more than enough for most fledgling filmmakers, but if you’re serious about aerial videography, the Nano+ (£859 / $799) steps things up another notch.

A larger 1/2.8in sensor serves up 50MP stills, with bigger pixels and a wide f/1.9 aperture promising excellent results even in low light – an area where most drones usually stumble. The Nano+ also packs a combined phase-detection and contrast-detection autofocus system, ensuring shots should always be sharp.

Both models benefit from subject-tracking smarts, which can lock on to pets, pals and passing traffic, while HDR is on hand to bring out the best in any scene. A flight time of 28 minutes compares well with the competition too, while a range of 6.2 miles goes well beyond line-of-sight limitations.

Only a full review will reveal how the Evo Nano fares in flight, but the spec sheets suggest that DJI has a rival for sky-high supremacy.

Why choose between analogue and digital photography? 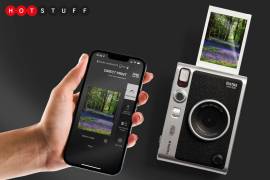 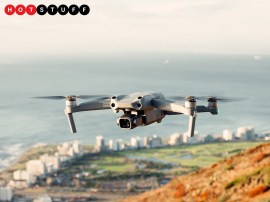 The equally teeny Mini 2 soars away from the Mavic name 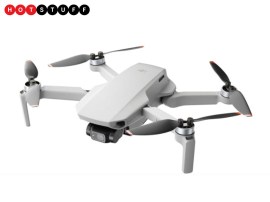