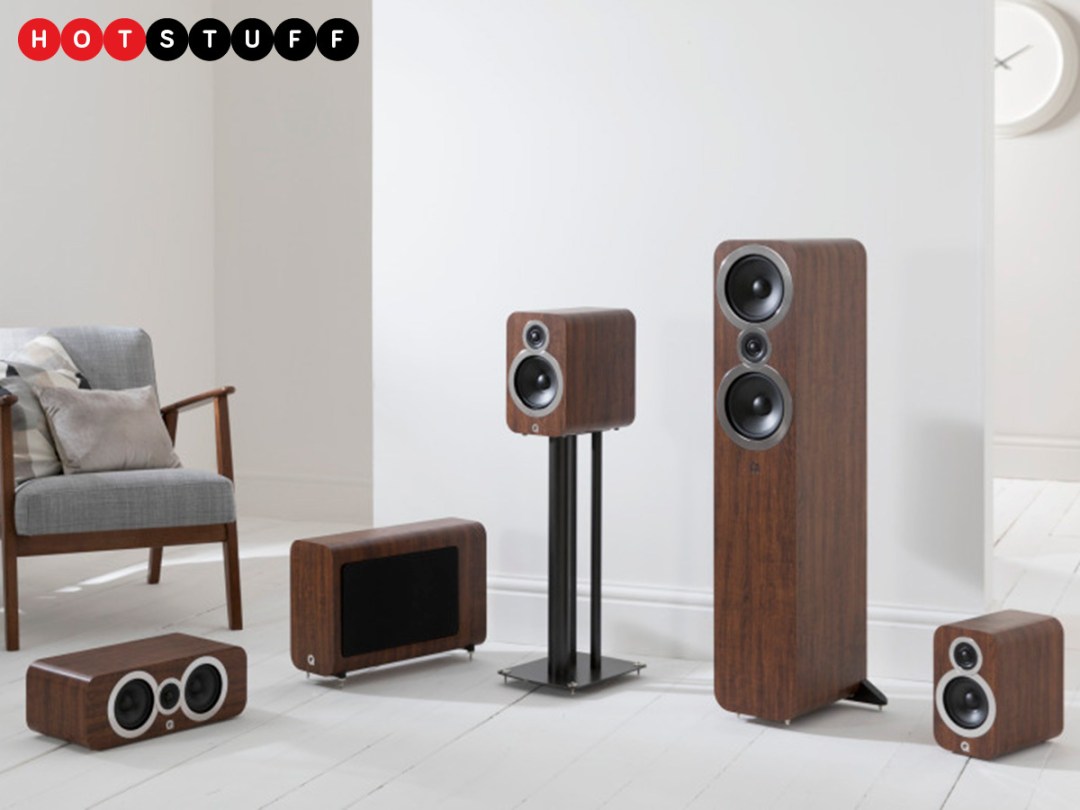 Speak to anyone who knows their stuff about Things That Sound Good, and they’ll probably talk up Q Acoustics’ Q3000 loudspeaker series. It stands to reason, then, that audiophile types have high hopes for its successor, the Q3000i. The range consists of the 3050i floorstander (£649); the 3010i (£199) and 3020i (£249) bookshelf speakers ; the 3090Ci centre-channel speaker (£169) and the slender 3060Si sub-woofer (£329). You can buy either them separately, or go all in for that 5.1 holy grail with one of the two packs (£895 or £1,345). The redesigned bookshelf speakers are now taller and 25 per cent deeper than their predecessors, resulting in improved bass performance, while the floorstander 3050i has been kitted Helmholtz Pressure Equaliser tube tech, which essentially combats unwanted resonance and gives you a better overall soundstage. The Q3000i series is available from May in a variety of finishes.