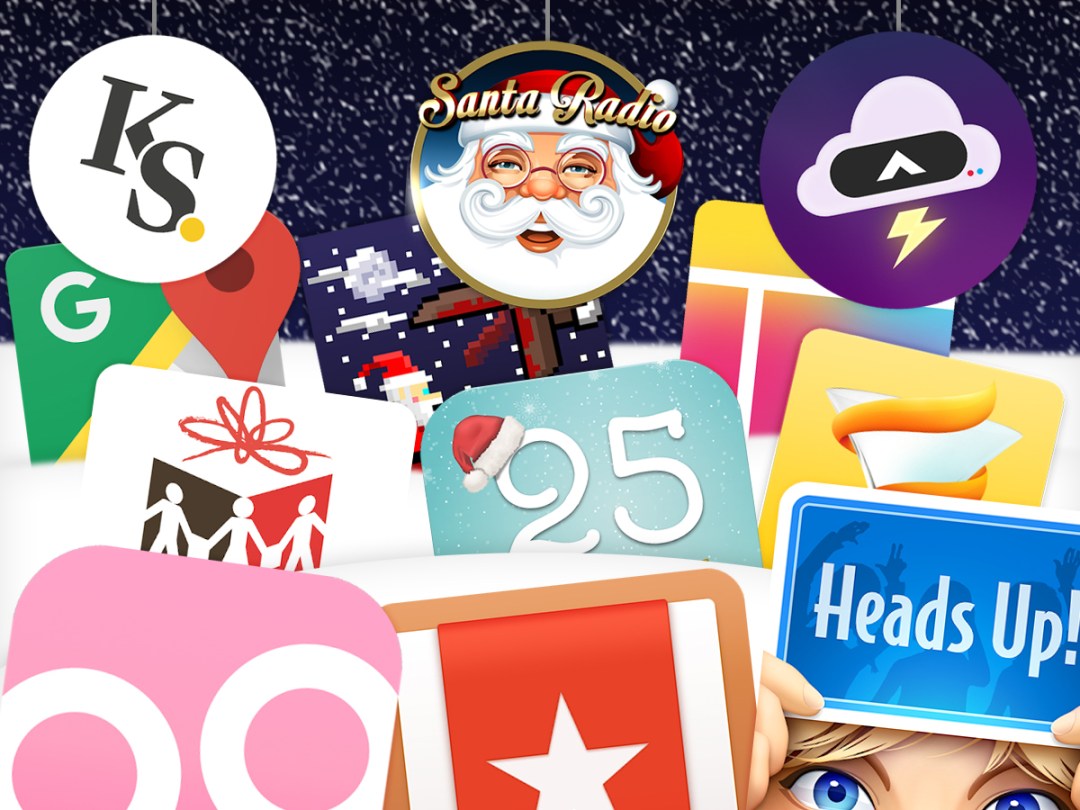 Calm. Relaxing. Cheap. Those are three words no one said about Christmas, ever. When you do get a moment to yourself, sometimes mindless distraction is just what the doctor ordered, so read on for our guide to the best Christmas apps for iPhone and Android in 2021.

Whether you’ve got guests to entertain, cooking to worry about, or are simply dreading the inevitable board game rows, Christmas is not some nice, quiet Sunday in March. In fact, some might say Christmas is horrific. Absolutely terrible even.

We wouldn’t go that far, but if returning all those Amazon deliveries actually sounds like fun compared to the stress and disappointment of holidays, these are the downloads you need in your life. Along with 11am G&Ts, they come tried, tested and Stuff approved for dealing with all manner of common Christmas irritatants – including but not limited to in-laws, school nativity plays, and dry turkey.

With any luck, they’ll help you zone out long enough that when you come to, it’ll all be over and the boxing day football will be on. Ready to stare blankly at a small screen? Great. Here are the best Christmas apps to download today.

Aunt Beryl’s drunk and attacking the tinsel. Your other half bought you only one sock. Random kids are drawing on the walls with cranberry sauce. Take out your frustrations by having a giant worm devour all things Christmas. It’s Tremors meets Santa, with jingling bells, gore, and giant robots. Nothing could be more Christmassy than that.

When planning Christmas, it’s fairly important to remember when Christmas actually is. Kids (and many grown-ups) can get quite cranky when you insist it’s just as good on the 28th, so this useful tool will help ensure you don’t forget the big day.

Christmas isn’t about cheer, goodwill and a bit of overindulgence. It’s about lists – lots and lots of lists. Fortunately, you can keep them all in Wunderlist, share them with friends and family, and even leave snarky comments when some idiot forgets to buy the stuffing.

Fed up with impersonal cards with generic pics and routine rhymes? Go custom with Moonpig. Upload festive snaps into templates, type your greeting inside the card, and hurl the result at friends and relatives via the magic of the postal service. Then realise you’ve misspelled ‘Christmas’ in every single card, and reach for the port.

Remember that year when you ended up with eleven copies of that bloody Steve Jobs autobiography? What larks! Make sure that never happens again with Giftster, a private gift list system where everyone can enter their wish list, rank items by how much they’re wanted, and ensure duplicates are a thing of the past.

Whether you’re staying at home or going on a festive journey, it pays to know whether the weather will behave. CARROT offers short- and long-range forecasts using the same data as Dark Sky. These are all delivered with festive charm – for example: “You should stay indoors today. No-one wants to see your face anyway.” It’s like Christmas cheer and 50 Santas all rolled into one!

The cross-country jaunt to the in-laws’ is going to be even less fun when you get lost on the way, and realise your lateness will likely result in ‘burnt turkey’ being the day’s centrepiece. So grab Google Maps, download chunks of the local area for offline turn-by-turn directions, and revel in being able to lob that useless road atlas into the recycling bin.

You don’t want people arguing about what to listen to this Christmas, so take such decision-making out of everyone’s hands by firing up Santa Radio. It endlessly broadcasts a selection of suitably festive hits – plus, if you tap the grinning Santa, he’ll get entertainingly angry: “Ho-ho-ho! No-no-no! Stop pressing my face!”

Although Epicurious contains every recipe known to humankind, Kitchen Stories is a better bet, despite its streamlined selection. It reduces the stress of making Christmas lunch by way of handy step-by-step guides complete with photos and videos. Great stuff for knowing whether you’re about to ruin the turkey or burn the ice cream.

There’s going to come a time during the day when you really need a drink. It’s normally called ‘now’ in our experience of Christmas, whether it’s because the sprouts are on fire or the Christmas tree fell on your gran. Rather than just letting cheap Prosecco do the job like every other year, use Cocktail Flow to fashion a drink fit for the season. On iOS, you even get festive options, like ‘Winter Chill’ and the superbly named ‘Jingle Juice’.

It’s that game where you – in the days before technology – held a piece of paper with a name on it to your forehead and guessed who you were by asking questions. But now it’s on your phone – and in super-fast fashion, since you flip your device to zoom through card decks. It’ll also record your friends, so you can embarrass them later.

You’re having festive fun, but halfway through the 17th mince pie realise you forgot to send any cards. Or invite half your relatives over. Make it look like you care by welding together a load of photos from your day, slathering them with festive stickers, and then emailing the lot, shortly before you pass out in a small pile of turkey.