The Commodore 64 has turned 40. If you owned one in the day, that’ll make you feel ancient. But rather than counting the years ticking by, let’s celebrate a home computer classic, and mull over that you never did manage to give Elvin Atombender the kicking he deserved.

Oh look, you’ve dredged up the brownest computer ever.

Sure, the C64 wasn’t pretty. It had chunky brown keys that you had to smash as if your fingers were tiny hammers. These were baked into a beige case, because by law every computer from the USA had to be that colour in the 1980s. And then there were the graphics, which were various shades of murk. But let’s not get bogged down in the negatives, because this computer didn’t become the biggest-selling micro of its era by accident – there are loads of ways in which it was amazing.

Sorry, wasn’t listening. I was reading about the ZX Spectrum – a proper micro.

Ah, it’s like all the ’80s playground arguments never went away and they’ve now found a new home here on Stuff.tv. Yes, the ZX Spectrum was a decent piece of kit, with superb games. But every Speccy owner would go wide-eyed on hearing tunes pumped out of the C64’s SID chip, felt pangs of jealousy at the use of joysticks rather than rubber keys, and could only dream of their system running arcade classics like Turrican II, Mayhem in Monsterland and Paradroid even half as ably as the C64 could.

Don’t even trying throwing Elite at us. No-one in their right mind plays that on a Spectrum these days. And people do still want C64 classics, as evidenced by the C64DTV, the Evercade TheC64 collection, TheC64 Mini, and Retro Games Ltd’s full-size C64 remake, which added switchable modes, HDMI out and that very brown keyboard. Maybe that last feature’s not the best, but it does give you a handy way to have another crack at an Infocom classic while you fend off angry Spectrum owners with your rolled-up copy of Zzap!64.

As many as 10,000 commercial games may have been released during the C64’s life, and the catalogue is further swelled by homebrew and indie titles.

Naturally, then, we’re donning our masochist moustache to detail the ten best games on the system, which will be totally without controversy and agreed with by all. Cough.

Impossible Mission had you defeat an evil genius by looting his tower for puzzle pieces.

Paradroid was a perfect top-down shoot ’em up where you took over hostile robots to blow up their kin.

Wizball had you bring colour to a desolate world by collecting paint drops and partaking in plenty of blasting.

Boulder Dash started on the Atari but still shone on the C64 as Rockford darted about caves, grabbing collected gems.

Little Computer People was The Sims meets Tamagotchi over a decade before either of those concepts existed.

Soul Force, with 20 levels of arcade-style blasting, showed in 2021 the C64 wasn’t dead – unlike the game’s enemy cannon fodder.

• Random access memories: the ZX Spectrum at 40 – and six of the best Speccy games 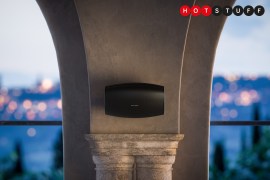