Money can’t buy you love, apparently. But it sure can buy you a lot of cool tech toys.

Either way, they’re all going to play a big part in your future finances. So let’s meet them.

For a long time, the idea of letting a stranger in to stay at your house would conjure thoughts of a sofa-surfing hippy, leaving hair in the plughole, lice in the furniture and a dead badger in your bed. Airbnb has changed all that.

Founded as Airbed & Breakfast in 2008 by roommates Joe Gebbia and Brian Chesky (Nathan Blecharczyk joined shortly afterwards), it now lets you rent or let an individual bed, whole room or entire property, often for far less than even a budget hotel. Including the Lenny Henry-approved ones.

These days it also offers quirkier dorms, including caravans, treehouses, windmills and even shipping containers (don’t worry, you’ll wake up where you went to sleep). It’s now available in over 34,000 cities in 190 countries and there are security measures factored in, so the chances of getting a badger murderer are slimmer than ever.

Lining your digital wallet with Bitcoins

Satoshi Nakamoto could be one person. It could be many. He could a woman, or she could be a man. Or a cat (but that one’s unlikely given the coding required). Basically, Nakamoto is the Keyser Söze of digital currency. Bitcoin might be mysterious, unstable and met with perplexed expressions if you mention it to most, but it could become bigger than the world’s largest novelty cheque.

You’d think the man behind The Expendables would have cash thrown at him to make whatever he wants; but following the success of Veronica Mars, Simon West has opted to crowdfund Salty via SyndicateRoom.com – meaning anyone who invests over £1000 will be eligible for a share of the profits. Considering West’s films have made over £600m at the box office, that might be a fairly decent bet.

If a camel is a horse designed by committee, Local Motors’ desert-ready Rally Fighter is the camel of the motoring world. Each part has been designed by a member of the Local Motors community, with over 35,000 designs submitted. The most popular are then developed and made in regional micro-factories, with each buyer chipping in. One day, all cars could be made this way.

It’s one of the great mysteries of our time. You bag a couple of tickets for a gig, click to buy them and out of nowhere there’s an extra £10 mystery tax that’s been added on top. A booking fee, they call it. What is it for and why shouId I pay for it? Nobody knows. Ustwo’s Dice is an iOS and Android app that gets rid of them altogether, allowing you to use the app itself as the ticket. 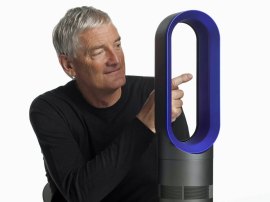 Stuff Gadget Awards 2014: The Microsoft Surface Pro 3 is the Gadget of the Year 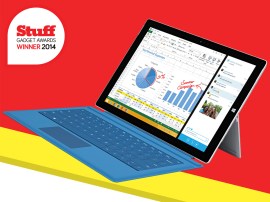