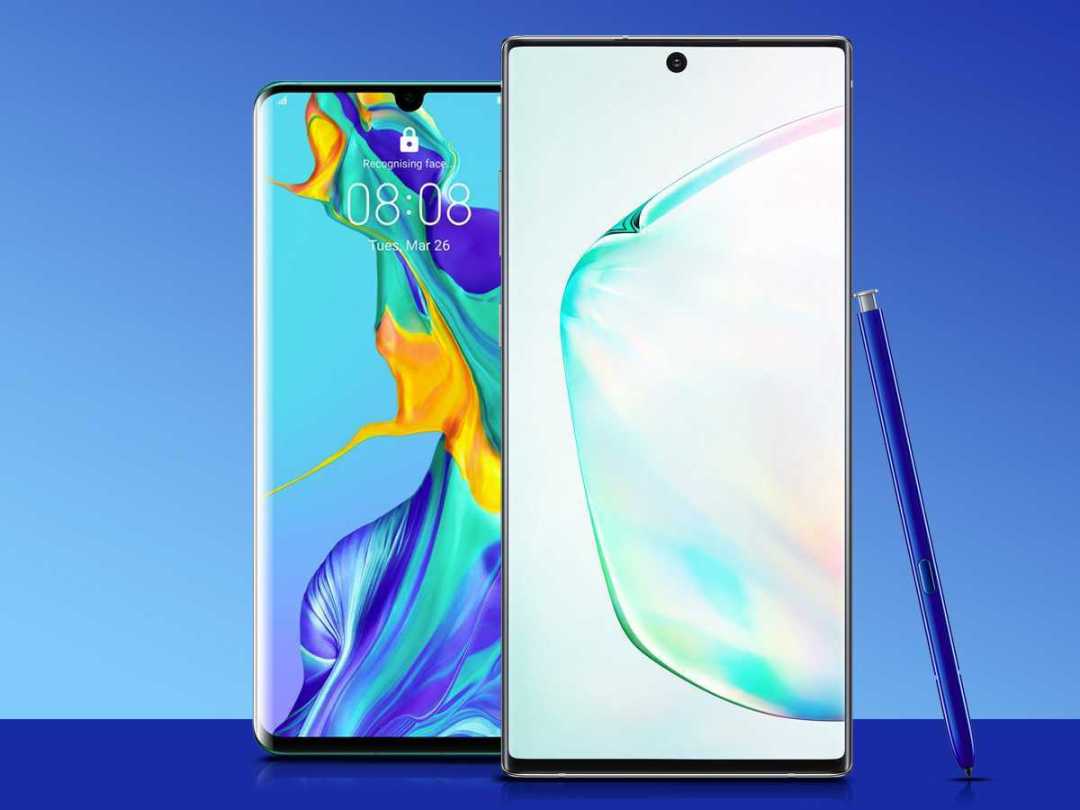 We’re nine months into 2019, and one phone has ruled our top smartphones list for most of them: the Huawei P30 Pro and its amazing 10x zoom camera.

Of course, the Mate 20 Pro and P20 Pro held that spot beforehand, so Huawei’s been tough to beat over the last year and a half. But tougher and tougher competition may be on the horizon, as evidenced by the newly-released Samsung Galaxy Note 10+.

Yes, it’s still the stylus-packing phone, which has made it feel increasingly niche in recent years – but this newly-added plus-sized version aims to out-premium every other phone on the market today with an enormous screen and a flashy design. Will it do the trick? Here’s how we think these two phones compare, now that we’ve reviewed the Note 10+.

Design: Hole in one

Unless you absolutely loathe the idea of a punch-hole cutout instead of a notch, the Galaxy Note 10+ has this category in the bag. The single selfie cam has been moved to the top center (instead of upper right corner on the Galaxy S10), and it’s pretty unobtrusive.

Really, it’s not that much different than Huawei’s small notch, but the Note 10+ also has less top and bottom bezel to match the nearly full-face look.

On the back, it looks like Samsung is getting hip to Huawei’s dazzling backing colour combinations, as the Note 10+’s backing glass packs some pop. The Aura Glow option is the real star of the lineup, with reflective mirror glass that gives you a dazzling rainbow effect.

We have to give Samsung the nod on screen quality, too, with a big and bold 6.7in Quad HD Dynamic AMOLED screen. It’s a stunner, as you’d expect from the specs.

The P30 Pro’s screen is quite good too, but at 1080p resolution, the 6.47in OLED screen isn’t quite as crisp. Samsung routinely has the top screens around, and the Note 10+ has the best one to date.

Here’s where Huawei’s edge remains firmly intact. The Note 10+ basically has the same kind of setup as the Galaxy S10+, with a quad-camera array on the back. That gets you a 12-megapixel main wide-angle sensor, a 12MP telephoto 2x zoom lens, and a 16MP ultra-wide lens, along with a time-of-flight sensor for improved distance sensing.

There’s a lot to like with the Galaxy Note 10+’s camera, with strong shots from the main sensor and an extremely wide wide-angle sensor. But it’s not the absolute best of the best.

The best of the best is still the P30 Pro. You also get four back cameras on the P30 Pro, and the megapixel counts are eye-popping: a 40MP wide-angle main sensor, 20MP ultra wide-angle, and an 8MP 5x optical periscope zoom lens, along with the time-of-flight sensor.

It’s the periscope zoom that’s pretty mind-blowing in execution, as the combination of 5x optical zoom and digital trickery add up to a 10x zoom result, grabbing clear images from a distance you’ve never seen on a smartphone. It’s a feat that Samsung isn’t trying to match, and it’s one that has kept Huawei atop the pack so far this year.

In terms of benchmark testing, the Samsung Galaxy Note 10+ has the advantage here. The Galaxy S10’s Exynos 9820 chip earlier this year scored higher than the Kirin 980 chip inside the P30 Pro, and now Samsung has stepped up to the Exynos 9825, which offers just a smidge more power on top of that.

Granted, the results are very similar in everyday use, but the Note 10+ has a bit extra power stashed away to play with. That 12GB RAM in the Note 10+ certainly doesn’t hurt.

Battery and perks: Nearly even

With a 4,200mAh battery pack in the P30 Pro and a 4,300mAh cell in the Note 10+, they’re pretty close on paper. However, we actually saw more uptime from the P30 Pro, given that the Note 10+’s pack has to power a larger, higher-resolution display.

Both offer wireless charging, and both also let you reverse-wireless-charge another phone or compatible accessory placed on the back of it. Handy perk, that. Both phones also tuck their fingerprint sensors within the display.

In terms of storage, the Note 10+ comes in 256GB and 512GB varieties, with the ability to add up to 1TB more with microSD cards. The P30 Pro offers 128GB, 256GB, and 512GB versions, with the option to expand further via Huawei’s Nano Memory Card format.

Of course, the Galaxy Note 10+ also has its unique S Pen stylus, which packs some new tricks for this edition – including Air Action gestures that let you control the phone from afar, as well as the usual array of note-taking and other scribble-related activities. Your call on whether you actually need a stylus for a smartphone in 2019. Clearly, somebody still wants that.

It’s clear that the Note 10+ has some solid advantages over the P30 Pro, especially on the design, screen, and processing power fronts. It won more categories in this showdown, but we wouldn’t call it the overall winner.

The Note 10+ is a great phone, but it’s very expensive and very niche – and most users don’t need to shell out for a phone with a stylus in this day and age. If you’re choosing between these two handsets and the idea of a stylus isn’t a deal-breaker, go with the P30 Pro. It’s still our favourite phone in the world right now.