Home / Features / Promoted: It won’t make you a millionaire. Sorry.

The scene: Two time travellers from 1974 have arrived in the year 2014. They tentatively venture out of their craft…

“Jeepers, Dave, what are these incredible glowing rectangles all the locals have?”

“I dunno, Gary, but they can listen to all the world’s music, ever, with no wires!”

“Yeah, and they can play groovy games by touching the screen!”

“Oh man, and they can take photos of their dinner and share them with their friends. But, er, how come they all want the photos to look as though they were taken in our era?”

“Uh, Dave. I don’t want to freak you out man, but this guy’s pointing his glowing rectangle at a picture. And it’s told him who painted it!”

“I know. And now it’s translating that sign from English to Spanish!”

“Yikes! Let’s get out of here, Dave. Magicians and witches rule the future!”

Now if Dave and Gary had stuck around a little longer they’d have learned that this witchcraft has a name and it’s Firefly. And it’s not actually witchcraft just extremely clever tech that uses the Amazon Fire Phone’s rear camera to scan the world around it, identifying items and giving a ton of information.

So, for the benefit of any Daves and Garys reading this in 1974, here are six things Firefly on the Amazon Fire Phone can do:

1) It can make you an art expert
Firefly can identify over 2,000 pieces of art, tell you who painted them and serve up fascinating info straight from Wikipedia. So you’ll never again confuse your Monets and your Manets. You philistine.

2) It can make you multilingual
Show Firefly a sign or menu in French, Italian, German or Spanish and it’ll give you a translation into English. Handy if you’ve had one too many glasses of vin blanc.

READ MORE: Why giving away your data will make your life better

3) It can help save you money
Firefly has a database of some 55 million physical products, recognising books, DVDs and everyday household items and telling you how much cheaper you might be able to buy them on Amazon. The result? You’ll have more money to spend on vin blanc.

4) It can identify music
You’re in this way cool bar. There’s a tune playing, and you really like it. But you don’t know what it is and there’s no way you’re asking the oh-so-hip barman with his bushy beard and flat cap. Well Firefly knows. And not only will it tell you what the song is and who it’s by but also where you can buy it and if the band is near you soon. You can even get tickets right away. Maybe you should ask that oh-so-hip barman on a date?

5) It can recognise movies
We’ve all been there: you switch on the TV halfway through a film and there’s this actress in it and you know her face and she was in that other thing you saw the other day but you can’t remember and arrrgghh you’re going to go mad if you don’t find out. Well wonder no more. Hold down the Firefly button to identify it and you’ll be whisked over to the IMDb page for the flick, where you’ll soon find out that it’s Lena Headey and she’s in Game Of Thrones only she has blonde hair in that, not black, and that’s just cheating.

6) It can help you eat more healthily
Firefly is integrated with the wonderfully well stocked MyFitnessPal food database, meaning you can point your phone at a packet of biscuits and be told that WOW! THERE’S 5.3g OF SUGAR IN ONE BISCUIT. BUT I’VE JUST EATEN 11 OF THEM.

And, just to reassure any Daves and Garys reading this in 1974, here are six things Firefly can’t do:

4) It can’t give you better music taste
So you did ask that oh-so-hip barman on a date, and maybe he’d have said yes. If it wasn’t for your non-ironic One Direction T-shirt.

5) It can’t make you an actor
OK, we believe you. You’re only working as a waitress as research for a role.

6) It can’t exercise for you
So, 11 biscuits eaten, seven left in the packet. No point saving them now, eh? 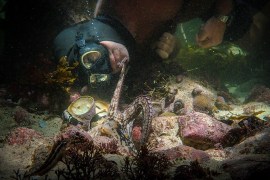 While the EU and Apple trade blows, users look set to be punched in the face 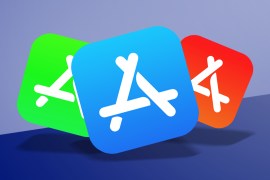