Home / Features / Promoted: 7 reasons the S-Pen is better than your finger 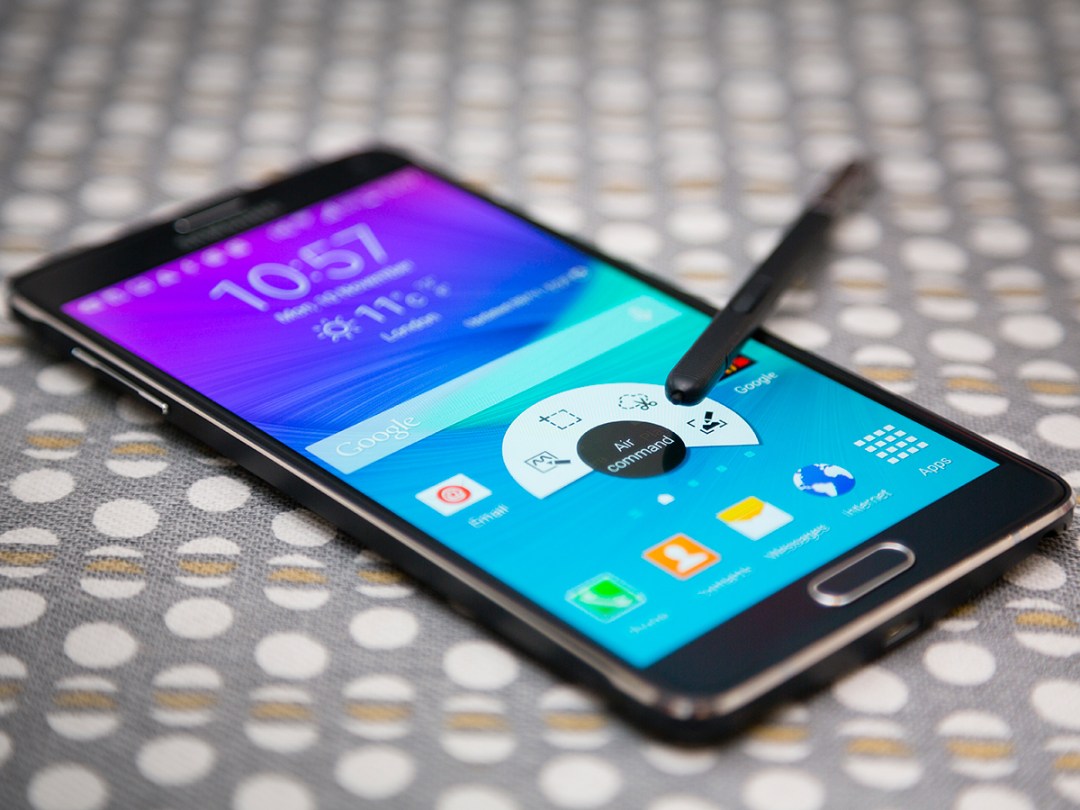 1) It’s intelligentForget bluntly prodding at a screen with a stylus: the S-Pen is clever. Let’s start with the basics: hover the S-Pen over the Samsung Galaxy Note 4’s screen and a small dot appears, letting you know exactly what you’re over. It’s got a button as well – Air Command, which gives you access to instant shortcuts. You can grab a quick clip from a web page, draw a circle around something on the screen and instantly taking a screengrab of it, or jot down a phone number and call it.

2) It’s pressure sensitive We’re pressure sensitive: just ask us how we’re feeling ten minutes before the in-laws touch down. But the S-Pen is sensitive as well, so pressing harder will yield different results. Compare that to a standard smartphone: prod as hard as you like with your finger and nothing different will happen.

3) You can edit photos with it The S-Pen is all about creativity. For example, you can edit images with it – scribble out the bits of shots you don’t want, and replace them with a better version. If you can draw it, you can make it.

4) You can make notes For most of us, handwriting is far more instinctive than typing. Scribbling a note with a pen makes much more sense, but you need the accuracy only a stylus can deliver if you want to produce anything better than child-like splodges.

5) It’s tough to lose
The S-Pen isn’t housed in an unintelligent sleeve. The Galaxy Note 4 gives a discrete buzz when you remove the S-Pen, and if you leave it out of its housing for too long you’ll see a notification on the screen reminding you to put it back.

6) It’ll bring out your inner artist
Give the PEN.UP app a go and you’ll see some of the artistic potential of your new phone. An online repository of often-brilliant, detailed artwork, you’ll be inspired to try your hand yourself. The pressure sensitive, highly accurate S-Pen produces results those stuck with digit-only touchscreens can only dream of.

7) There are apps galore
The Samsung Galaxy Note 4’s app store is absolutely crammed with S-Pen apps. Whether it’s taking notes, drawing, or snipping sections of the screen, you’ll be able to find something that does the thing you want. Take Scribble Racer, for example – it’s a madly addictive vertical scrolling game: keep the S-Pen within the lines and grab the power ups as they shoot past.

Read more: Why the Samsung Galaxy Note 4 is the best road trip companion >>>

Get your Samsung Galaxy Note 4 here >>>