Are we really the only ones who are utterly sick of Christmas music? The mercilessly upbeat festive soundtrack typified by Wham! and Mariah belongs in the bin, if you ask us – alongside other popular holiday downers like Monopoly, socks, and all things knitted. Most lists of the best Christmas songs therefore fail to capture our occasionally warped imagination…so we went ahead and made our own.

If you also dread the sinister turn Spotify recommendations take this time of year. you’re in the right place and this is the Christmas playlist for you. Here are the best alternative Christmas songs as selected by Stuff Inc’s team of resident grinches (and actual music lovers).

Bright Eyes has a legitimate claim to the most depressing Christmas album ever, which sees festive classics like Silent Night revisited through the lens of the newly dumped after a bottle of whiskey in rural Nebraska. Blue Christmas is arguably its most memorable song, though, and is positively mainstream by this list’s standard, having once graced The O.C. soundtrack.

2) A Gun For Christmas – The Vandals

Not content with just this one festive song, the Vandals went and recorded a whole punk rock Christmas album (Oi To The World), and it’s completely brilliant. Go on, turn up your stereo and have a little mosh around the tree – just be careful not to pogo all over your presents.

This joyous, jangly ode to the big man himself would be at home on any happy-clappy Christian rock album. Instead, it sits incongruously in the middle of Big Star’s Third, one of the bleakest records ever made. One suspects that the sentiments behind it might not be entirely sincere.

This is possibly the loudest version of Silent Night you’ve ever heard, full of shredding guitars and topped with a wizard baritone. Legendary thespian Lee, who sadly died in June, came late to the metal scene – at 91 he became the oldest ever artist to make the Billboard singles chart with Jingle Hell.

Imagine the horrors of Fallout 3 set against a jaunty tune by him out of Super Furry Animals and you have this. “Deep inside the concrete bunker, post apocalypse bunker /We lick our wounds to kill the hunger, post apocalypse Christmas.” More mulled wine, vicar?

6) I’ll Be Killing You (This Christmas) – Loudon Wainwright III

An anti-NRA protest song might not sound too twinkly, but this one’s melody is irresistible. Inspired by a shooting in 2012, its mix of dark humour (“Santa’s packing heat this Christmas”) and sleigh bells mean it hits home without upsetting everyone.

Admittedly the Yuletide elements of Like Herod begin and end with the title, but the poor chap always gets overlooked in carols. You’d think going around killing babies was somehow anti-festive. But he gets a look-in here courtesy of this classic ‘quiet, quiet, quiet, OH SO LOUD’ Mogwai track.

8) Christmas Was Better In The 80s – The Futureheads

Just before the Futureheads went full ‘a capella’ and slid into obscurity, they donned their skinny ties and knocked out this blast of nostalgic post-punk – sure to spark an argument with your uncle about whether their cover of Hounds Of Love is better than the original.

When Run-DMC were asked to record a Christmas track for a Special Olympics benefit album in 1987, they initially refused, thinking it would wreck their street cred in one corny swoop. Instead, a sample of Clarence Carter’s funky Back Door Santa provided us with an unusual seasonal classic.

Mark E Smith may be indie’s answer to Ebenezer Scrooge, but when it comes to Christmas he’s a big softie. The Fall have recorded several festive songs over the past 40 years, including a ragged take on Jingle Bell Rock and this, a merry gem with falsetto backing vocals.

Don’t bother listening to any of the loungey pap he’s done since, but Sakamoto’s original theme for this deeply cheerless 1983 film has a haunting charm. The film stars David Bowie as a POW who’s a bit of a rebel rebel, and Sakamoto himself as a camp commandant with issues.

Not all alternative Christmas songs are dark-hearted or wrapped in knowing irony. Mark ‘E’ Everett proves there’s still a place for power-chord optimism with this fine bit of tinsel. Most importantly, it includes the lyric “Baby Jesus, born to rock”.

So you want to find the best alternative Christmas songs? How about the inner monologue of a Christmas tree taken from the woods and chopped into January firewood? Trust Black Flag vocalist Aidan Moffat to come up with one of the most beautiful yet absolutely terrifying Christmas tunes. Taken from the album Ghost Stories for Christmas, which is in itself a fantastic album of droned Christmas carols, The Fir Tree tells the story of a lowly Christmas tree making its way into a loving home. Is it happy? No. Will it be joyful? Also no. Will you never look at a Christmas tree int he same way again? Yes.

BONUS) How to write your own Christmas song!

Everyone knows the classic Christmas song building blocks: mistletoe, chestnuts, zombie reindeer. But how to mould these overfamiliar staples into original lines? The Song Lyrics Generator will do the heavy lifting for you.

Once you have the trunk of your melodic tree in place, it’s time to add sonic baubles. Freesound has hundreds of royalty-free sound effects, from sleigh bells to ‘Santa falling down a chimney’. Add them to your loop library in Garageband.

No more do your epic poetry and melodic gems need to be captured in separate apps. Hum (£1.49/iOS) lets you add notes and lyrics to your audio recordings, and filter your creations by key and tuning.

Looking for something creepy to watch? You’ll find plenty of scare-tertainment right here. Updated for January 2023 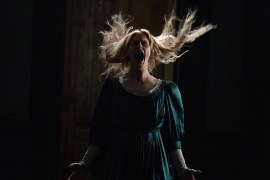 Waste less time! Do more things! Glare at whoever came up with resolutions in the first place! 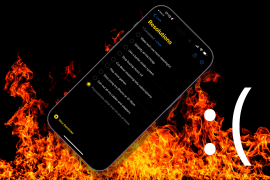