Home / Features / How I Made… A supermassive black hole

The more I learned about the black hole, the weirder it became. It’s more outlandish than anything in any fantasy film about magic or the supernatural that I’ve ever worked on.

Interstellar is about a group of astronauts who travel to a distant galaxy where, instead of a star at the heart of the system, there’s a supermassive black hole with 100 billion times the mass of our sun. A black hole is what happens when a huge star dies. The fires of nuclear fusion are no longer burning so it collapses, becoming denser and denser until it forms an infinitesimally small point with infinite density.

Its gravity is so strong that nothing can escape, not even light, so you end up with this black sphere floating in space. All the surrounding gas and dust spirals into the black hole, speeding up until it’s travelling at almost the speed of light, so there’s also a belt of gas, like the rings of Saturn, but glowing. We didn’t want the audience to think, ‘Oh, this is the computer-generated bit’. We wanted them to think, ‘Wow, they went out and filmed a black hole!’

Professor Kip Thorne from Caltech is one of the world’s leading experts on black holes, and a close colleague and friend of Stephen Hawking. Kip gave us the maths, then the computer scientists here at Double Negative were able to turn his numbers into software that created images of the black hole. So when you see the black hole in the film, it’s created by real physics.

The biggest challenge was creating the level of detail for the IMAX format, which offers something like 10 times the resolution of your HD TV. If the images are noisy, if anything is wrong, there’s nowhere to hide. To make images that big, we have a ‘render farm’ of 20,000 nodes, each equivalent to a very fast desktop PC. It still took over 100 hours to render each individual frame. We ended up with over 800TB of data; it was, as we say in visual effects, ‘non-trivial’.

At one point the astronauts travel through a wormhole, and we were able to create the interior according to the physics that Kip gave us – but it was, frankly, like you were going through some mad, psychedelic hall of mirrors. It’s amazing, but you have to remember it needs to make sense to a large audience.

We even discovered something new in the process. Our simulated black hole is immense, and it’s rotating at nearly the speed of light; a thing that huge, spinning that fast, warps the space around it, like putting your finger on a napkin and twisting. This produces a very complex, very beautiful pattern at the edge of the event horizon; Kip said this had never been seen before, because no-one had ever tried visualising a black hole as if they were floating near it with a camera.

We’d discovered a new level of detail in the structure around a black hole. So, with Kip, we co-authored a scientific paper for the Institute of Physics’ journal, Classical And Quantum Gravity. I never thought my career as a filmmaker would involve publishing a peer-reviewed scientific paper.

I’m all for the unification of art and science. Science reveals truth, and artists interpret it; they’re two sides of the same coin.

As told to Will Dunn

RELATED › The 35 best films and TV shows on Netflix

How I created… the hoverboard 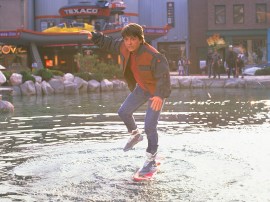 Self-published author Andy Weir on going from blogger to blockbuster 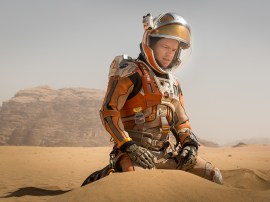