What better way to celebrate the 33rd running of wrestling’s biggest event, then, than by rummaging through your old games collection and having a good bash at a battle royale.

From building custom superstars stranger than anything WWE management could come up with to dodgy commentary that repeated itself with alarming regularity, wrestling games were always a ludicrous amount of fun.

In fact, having a crack at the championship was arguably more fun than watching the real (fake) thing, because you could do whatever the heck you liked – and to hell with the storyline consequences.

Which, though, were the best? Which button-bashing grappler delivered the bodyslam to top all bodyslams? We donned our lycra, hit the canvas and had it out to decide which of history’s wrestling games ranked highest.

If gaming for you meant going down to the arcade in the early 90s, you’re probably familiar with Wrestlefest. A distinctly cartoonish interpretation of the macho men of the WWF, this 1991 title supported up to four players at once – which meant double-team moves galore.

There was a Royal Rumble mode, too, in which you could steer the likes of Hulk Hogan, The Ultimate Warrior and Sgt. Slaughter through an onslaught of superstars in a quest to be the best.

Yes, movesets were limited and it was all a bit clunky, but for many this was the closest thing to wrestling besides a wayward tackle on the playground – and it remains one of wrestling’s best arcade interpretations.

Released on SNES and the Sega Mega Drive, among other consoles, WWF Raw was a 16-bit grapple-fest that introduced a whole host of previously unseen moves into the wrestling genre.

Based around a button-bashing tug of war, various superstars were equipped with unique finishers, as well as a host of attributes – including speed, strength and stamina – that added new dimensions to what was, at its heart, still an arcade title.

It might look dated today, but the core concept was one that still runs through the latest wrestling games – and those Mega Moves were mighty fun.

Thoroughly over the top and all the better for it, WWE All Stars was the first wrestling title in years to capture the excitement and fun that makes sports entertainment so, well, entertaining.

With a host of characters, including both present-day superstars and legendary names, All Stars was all about exaggerated combat and seismic bouts that would never happen in real life.

Stylised designs and simpler play meant it was a clear arcade title, but the variety of match types, breadth of talent and altogether enjoyable gameplay made WWE All Stars a very replayable title – far more so than many that came both before and after.

While more recent wrestling titles have seen major graphical improvements – albeit with some quirky bugs that have found fame in many a YouTube video – they’ve also been criticised for the complexity of their controls, and their odd balance between arcade and simulation.

WWE 2K16, for better or worse, aimed squarely at simulation, delivering a title with a vast roster of more than 120 superstars and a reworked reversal system that had players thinking strategically about when best to use their limited resources.

Paired with a new mid-match holds mechanic that allowed you to regain stamina, 2K16 still fell short in many areas, but delivered perhaps the most comprehensive combination of performance and combat of any recent wrestling game.

Not the first of its kind, Smackdown vs Raw 2006 was significant in delivering a huge leap forward in terms of simulation and realism, moving away from the purely arcade-style games of the early noughties.

By introducing stamina and momentum systems, developers THQ and Yuke’s drove players to go about their in-ring activity in a more structured way – without sacrificing on the drama and fast-pace of earlier games, such as the Smackdown! series.

In fact, by piling in a vast array of match types – from Buried Alive to Hell in a Cell – and game modes, including a General Manager mode, SvR 2006 was perhaps the perfect blend of accessible fun and huge variety. Few games to date have delivered such replayability.

A clunky classic, War Zone hit N64 and PlayStation consoles in 1998, introducing a package of features that took wrestling from 16-bit arcades to proper 3D titles.

With Vince McMahon and good ol’ JR on commentary, War Zone served up an extensive create-a-wrestler option which benefitted from graphics that, at the time, were better than any game that had come before.

Admittedly, the unique grappling system was frustrating, there were bugs galore – with terrible collision detection – and game modes were hardly plentiful. All the same, War Zone was ahead of its time and brought about the 3D era.

If WWF War Zone brought wrestling games into the 3D era, WrestleMania 2000 was a fitting title to bring them into the new millennium. Released for Nintendo 64 in 1999, this was a title with a truly vast roster, with more than 50 playable wrestlers.

Similarly, the create-a-wrestler mode was extensive, while players could create their own PPV events and title belts, too – something innovative for the time. As for gameplay, WrestleMania 2000 introduced several unique features, including signature taunts, which saw the likes of Stone Cold Steve Austin flipping the bird to fellow superstars.

It might not sound revolutionary nowadays, but this was a game that set the tone for future titles in its balance of comprehensive features and sheer playability.

The last title made by AKI before Yuke’s took up the reigns as developer of WWF/WWE games, No Mercy remains revered by fans of the genre to this day.

While it lost some background elements seen in WrestleMania 2000 – entrances were cut short, for example – general gameplay saw a marked improvement, with a structured grappling system based around move lengths and impact, a finely tuned countering mechanic and a huge number of moves to suit every style.

Customisation was made deeper, still, with a large library of visual options and attributes for crafting an in-ring version of yourself, while No Mercy was perhaps the first wrestling game to nail storytelling in the same way as WWE does on TV, with cut-scenes made integral, rather than afterthoughts.

Wrestlers in cars firing rockets. That was the premise of Crush Hour and, well, it was about as ridiculous as you’d expect. Not pure enough for WWE fans and not nearly well executed enough for car-racing enthusiasts, Crush Hour suffered from clunky controls, few moves and generally uninspiring environments.

All the same, with each superstar driving a car styled and exaggerated to match their persona – with bull horns on The Rock’s wagon – and enough terrible voiceovers to make it laughable, Crush Hour was a game that, with a few spare hours and not much discernment, could be thoroughly entertaining.

Reimagined today, it would surely be an online classic: think Rocket League with title belts.

For anyone who played Here Comes the Pain, this should be no surprise. Everything from the gameplay to the story-telling to the sheer breadth of realism offered made the final standalone Smackdown! title a hands-down winner.

Here Comes the Pain threw everything at the mat. More than 50 superstars made it onto the roster, while several match types were seen for the first time – including the Elimination Chamber.

More than this, though, it was a game with real depth: besides excellent graphics, gameplay mechanics were reimagined (with new body damage and submission meters) while storylines, written by the same people who wrote the TV scripts, were thoroughly thought-out and engaging.

What’s the bottom line? This is the best WWE wrestling game ever made. 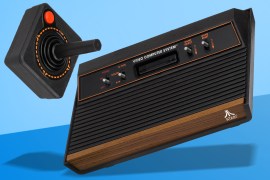