Home / Features / Make a big impact: discover the best drill or impact drivers for every project 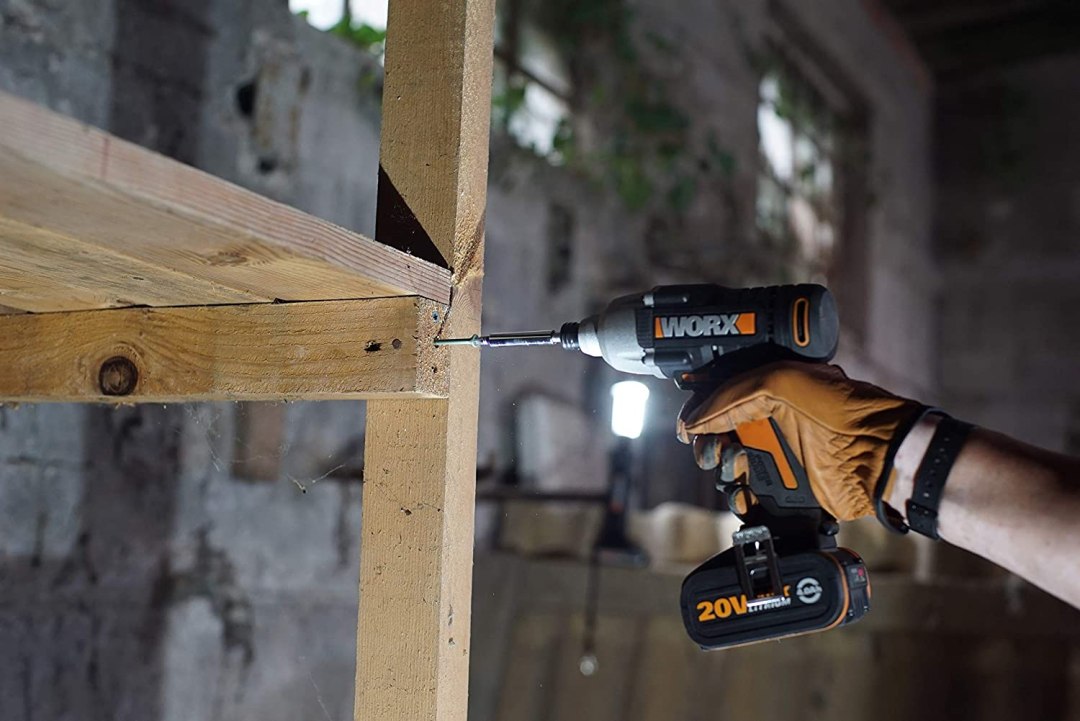 An impact driver is a drill with a difference: while it can happily handle the usual drilling and driving, it is primarily designed to drive big fasters into things – for example by assembling decking or making large wooden frames or bolting bits of cars together.

It may look like a drill but it works slightly differently, delivering pulses of torque when it encounters resistance.

Think of it this way: a drill is for drilling holes. An impact driver is for screwing or bolting solid things together. You can use them to drill in a push, but it’s not what they’re made for and they’re no good for masonry or other brittle materials.

Impact drivers come in two key versions: drivers, which are designed primarily for screws but can also do some bolts, and wrenches, which are designed primarily for bolts and which have much more torque to shift them. For example, a typical DeWalt cordless impact driver has up to 170Nm of torque; the same firm’s cordless impact wrench delivers 950Nm and short bursts of “breakaway torque” that almost double it.

Drivers are made for 6.35mm hex tool fittings, while the wrenches use half-inch square fittings to accommodate nut sockets (specially designed ones: they’re likely to shatter sockets from your manual socket set).

If you’re looking for a strong impact driver with a large battery, the WX291 is definitely one to consider: with a maximum torque of 170Nm it makes light work of tough jobs, and its 20V Lithium Ion battery is a PowerShare one so you can use it with other Worx tools (or with their batteries). It’s made small so it can fit into tight spaces, and the variable speed control with forward and reverse rotation makes it easy to operate. It spins at up to 2,600RPM and impact at up to 3,300 beats per minute. And we like the built-in LED light that makes it easier to see what you’re working on in poorly lit areas.

What’s better than one battery? That’s right: two batteries. This DeWalt impact driver comes with a pair of 18V, 2.0Ah batteries to last much longer, and with a charge time of just 90 minutes the batteries are ready for action nice and quickly. The torque here is 170Nm with variable speed control, and the combination of a fan-cooled motor, an electronic brake and all-metal gearing means it’s precise and built to last. Once again there’s an LED light to illuminate your target. You pay a little more for a DeWalt than you might for other brands, but there’s a reason you see so many DeWalts on construction sites: they’re built tough.

Need even more torque to twist off stubborn bolts? Then you need an impact wrench, and this model from Worx is very capable and affordable. It comes with twin 18-volt 2.0Ah batteries, and because it’s a PowerShare model you can use its batteries with other Worx equipment and borrow their batteries, including 20V ones. The WX279 offers three speeds, running up to 3,300bpm and 2,900RPM, and available torque is 100, 180 and 300Nm, so you don’t have to go in at full strength when you don’t need to. If you want to say goodbye to spanners this is a great way to do it.

Some bolts can defy even impact wrenches. But they can’t beat this one. With a whopping 950Nm of torque and an even more whopping boost to 1,625Nm of breakaway toque for removing the tightest bolts, this is the kind of impact wrench that bolts tell each other horror stories about and that tradespeople would never, ever leave in their van overnight. It’s a typically well engineered and reliable DeWalt product with a three-speed variable brushless motor and fan cooling to stop it overheating, so it’ll last for years. Just be aware that the quoted price here doesn’t include the battery.

Bosch’s blue tools are the professional ones, and this is a compact and powerful impact driver with some interesting features including a Bluetooth option that you can use to get extra control and service information. The three-speed brushless motor is fixed with electronic motor protection to keep it lasting longer, and with up to 200Nm of torque it’s stronger than many rivals. It’s capable of up to 3,400RPM and 4,000bpm but despite its power it’s very light: without a battery it weighs just 1.1kg.

As with the DeWalt, the quoted price here is just for the bare driver: there’s no battery or charger in the box.

This impact wrench is seriously strong, delivering up to 1,050Nm of torque and 1,700Nm of breakaway torque for the first five impacts. It spins at up to 1,800RPM and delivers up to 2,200 impacts per minute. It’s heavy – it weighs 3.7kg before you put the battery on – but while it’s a hefty tool it’s well balanced and comfortable in the hand. It’s a single-speed model with variable control and reverse, an all-metal gearbox and electronic brake for long life, an LED work light and a soft grip. Once again the price is for the driver but not the 18V battery and charger.

This isn’t the most powerful drill driver here, and it’s not going to elicit groans of jealousy if you whip it out on a building site. But when you need to assemble things in really small spaces, it’s great. It’s by far the smallest impact driver we’ve seen, and the combination of small size and low price means it’s worth considering for home use or as a go-to for tight spots your normal driver can’t reach: we’ve seen lots of reviews by tradespeople who keep this alongside their impact wrench. The small size and price does mean some compromises, both in terms of the battery – it’s 12V, not 18V or 20V and it’s not included in the price – and the power, which tops out at 105Nm.

The GDS18 is another blue Bosch, and this one’s another super-compact one rather than a standard-sized model: at just 163mm long it can get into places that other impact wrenches can’t reach. Once again the super portability comes with some compromises, so while the 300Nm of torque here is nearly double that of an impact driver it falls far short of the torque delivered by full-sized models. However it’s very light – 1.3kg without the battery, which isn’t included in the price here – and like its similarly small impact driver sibling it’s a useful one for occasional use or to have as a fallback when your usual

How to choose the right power tools this Autumn

These smart tools make light work of even the toughest tasks 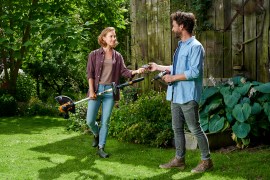 The best cordless screwdrivers for flatpacks and fixing things

A decent cordless screwdriver makes even the biggest tasks so much easier. 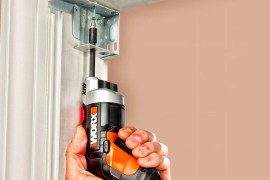 Blow leaves, not your budget: the best leaf blowers to buy this Autumn

There’s a wide variety of leaf blowers out there, and they differ in more than just price 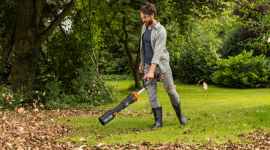