Home / Features / Beijing 2022: How to watch and follow the Winter Olympics 

With the opening ceremony on Friday 4 February and the closing ceremony taking place on Sunday 20 February, the Beijing 2022 Winter Olympics is poised to bring all manner of snowy, icy and otherwise chilly sporting achievements to your TV screen.

There are more events than ever this year – 109 in total, spread over 15 disciplines – and Team GB has 50 athletes competing for medals.

From adrenaline-fuelled speed skating to alpine skiing to the beloved “brooming on ice” (aka curling), there’s going to be plenty to please fans of winter sports, but unlike previous years you can’t just watch everything on BBC iPlayer – this year you might need to diversify your digital digestion. Here’s what you need to know.

How to watch the Winter Olympics in the UK

In the UK, rights for coverage of Beijing 2022 have been split between two broadcasters: the BBC and Eurosport/Discovery+.

If you want to watch every single minute of every single event, Discovery+ is the place to go. The premium streaming service includes Eurosport 1 and Eurosport 2 and will add three dedicated pop-up channels during the Winter Olympics to ensure everything – something in the region of 1,200 hours of live coverage – is available to watch; coverage will also be available through the Eurosport app.

The BBC, meanwhile, will offer over 300 hours of live coverage spread across BBC One and BBC Two, along with a second live stream available on BBC iPlayer, Red Button and online. In addition to that, there’ll be daily highlights shows on BBC Two and BBC Three (which has returned to our screens just in time for Beijing 2022). Needless to say, this is all available free-of-charge to households with a TV licence.

BBC Radio 5 Live will also be providing regular news updates and analysis as the events of Beijing 2022 unfold.

How to watch the Winter Olympics in the US

In the United States, NBCUniversal is the sole broadcaster for Beijing 2022 and will provide a record-breaking 2,800 hours-plus of coverage spread across several of its platforms: NBC, Peacock, USA Network, CNBC, NBCOlympics.com and the NBC Sports app.

The regular NBC broadcast network (available free-of-charge) will offer 18 nights of primetime coverage starting on 3 February, the day before the opening ceremony.

For cable viewers, USA Network will provide coverage from 2 to 20 February, while NBC’s streaming service Peacock will live stream all the network’s Beijing coverage on its premium tier (which costs $4.99 a month) along with replays of all events.

The best social media accounts to follow for updates

Plus on Instagram, there are also main Olympics and Beijing 2022 accounts:

There are also the main broadcaster accounts, too:

There are far too many events for us to list them all, but here are some pointers as to when some of the different events get started. 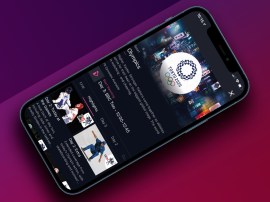 How to watch the World Cup 2018 (from anywhere)

UPDATED: Now you can watch the World Cup in 4K and VR 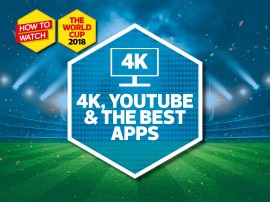 Virtual Rio-lity: how to watch the Olympics in VR 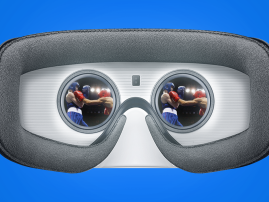