Apple’s latest Big Event was a two-hour feast of information.

Far from just getting the full details about the Apple Watch, we were introduced to a new, and very exciting, MacBook, saw some rather cool Watch apps, met Apple’s new ResearchKit scheme and lusted after the HBO Now streaming service.

Unusually for Apple it was actually a fairly tight and taut presentation, with little of the forced humour of recent events and plenty of detail to digest. And digest it is just what we’ve done below. So here are the 11 tastiest morsels or information we gleaned from tonight’s event.

1. The gold Edition’s price tag isn’t the one we’re shocked by

Well alright, we are somewhat shocked by it. I mean £8000 for a watch? But then again, some people spend £100,000 on a timepiece. Some people just have too much money.

What we’re more shocked by is the price of the most expensive version of the standard Apple Watch.

While the Sport edition starts at a not-too-bad £300 and the standard Watch at £480, if you spec it up to the 42mm Space Black Case with Space Black Stainless Steel Link Bracelet – the all-black steel version, basically – you’ll be paying £950 for the privilege.

Then again, the most expensive gold Edition costs £13,500. Sheeesh!

2. You can do some really cool stuff with Watch apps

We’d already seen a fair bit about what Watch apps are capable of in the six months since the Apple Watch made its initial debut. But when Apple’s vice-president of technology Kevin Lynch took to the stage to demonstate a few more, things quickly got a lot more impressive.

Lynch used his Watch to open his garage doors; he summoned an Uber car; he showed how easy it will be to pay for goods using the device; he liked an Instagram post; he checked into a hotel and even opened his hotel room door. Well, he would’ve if he’d actually been at the hotel.

Obviously Apple were only ever going to show off the most impressive apps and obviously some of them – opening your garage doors, for instance – will require other tech at home to make them work. But as a demonstration of what’s possible, it was very impressive.

Apple’s ResearchKit is an interesting new development, enabling medical researchers to utilise the iPhone’s massive user base to gather data that’s relevant to their study. But Apple are keen to make clear that they won’t be doing anything with that data themselves.

Not only will users be able to opt in or out of trials, and choose who their data is shared with, but most importantly none of it will ever be seen by Apple. While they’ll operate the platform, that’s as far as their role in it will go. Peace of mind for the rightly privacy-obsessed among us.

4. Apple needs to tone down the hyperbole

We lost count of how many times Tim Cook or one of his Apple minions used the word ‘reinvention’ onstage today.

Apple is "reinventing the laptop" we were told. But while it’s true that the new MacBook is a startlingly lovely bit of design with much wow factor, it’s not exactly a reinvention is it? Ultimately it’s still, um, a laptop. It has a keyboard and a screen and two halves and trackpad.

Apple is also "doing something that’s never been done before" with the Apple Watch, apparently. And yes, some of Apple’s new app offerings are close to revolutionary. But it’s not exactly doing something that’s never been done before. It’s a smartwatch. It runs apps and serves up notifications and sits on your wrist telling the time. Android Wear does all of that. Maybe not as well, but sometimes Apple might want to just stop with the grand statements and just let the products be their own best advertisements.

5. Apple TV’s not quite dead yet

We could still do with a proper update to the Apple TV or maybe even the much-rumoured Apple TV Set, but until then HBO Now is a nice extra.

The wealth of options available on the US cable channel is near unparalleled – frankly, we’d be happy with just Game Of Thrones – so the fact that it’ll be exclusive to Apple products, on launch at least, gives people a genuine reason to invest in a little black box. Plus, the box itself will see a price cut to £59.

The only downside? To start with at least it’ll be US-only.

This one wasn’t entirely unexpected, but when Tim Cook announced expected battery life for the Apple Watch millions of nerds worldwide still crossed their fingers and hoped for the best.

That’s roughly in line with most of the rival Android Wear devices but a long way behind what the Pebble can manage (about a week), while the forthcoming Pebble Time Steel will supposedly go for 10 days.

That needn’t be a major problem. We’re all well used to charging our phones daily, after all. But that’s now two things to juice up before bed now – and remembering to do one is often beyond us.

7. The new MB is the laptop you’ve always wanted

You weren’t in the market for a new laptop, were you? But the moment that first image of the new MacBook floated into view you knew you had to have one, didn’t you? Same here.

Forget the fancy features – the USB-C, the Force Touch trackpad, the terraced batteries and the fanless logic board – this is desire, pure and simple. It’s slim, light, and just beautiful, and we all want one right now.

Lopping the fan off a logic board is a surefire way to make it smaller, but that doesn’t make Apple’s achievement with the new MacBook any less impressive.

Nor is it the case that all Apple has done here is to make all of the necessary internal laptop gubbins fit into the super-slim chassis of the new MacBook. Components have been shrunk, signal paths have been shortened, and connections have been streamlined. The result is a board that’s an astonishing 67% smaller than that of the MacBook Air 11in. That’s even more compact than it really needs to be, but it means even more space can be given over to batteries.

In fact, opening the MacBook’s case up reveals that it’s almost all battery inside. Mightily impressive work.

9. The new MB USB-C port will be pretty damn clever…

So long then, Lightning. The new MacBook instead has a single port to satisfy all its charging, data transfer and connectivity requirements. That port is USB-C and for once it’s not a proprietary Apple thing.

What do you need to know about it? Well it’s fast, with a top speed (on the MacBook) of 5Gbps. It’s thin, which helps allow for the new MacBook’s super-thin profile. It can be used both ways up (like Lightning) and it also works as both ‘in’ and ‘out’ – so you can both charge to it and from it.

It’ll also need an adaptor if you’re using it with older USB cables, but don’t worry – they’re already available on the Apple Store of course.

10. …but with no-mag safe you’d best get insurance tomorrow

The downside to USB-C is that for the first time on any MacBook you lose the genius MagSafe charger.

There are many things we’ve loved about the various MacBooks over the years, and MagSafe is high among them. We’ve lost track of the number of times our precious laptops have been saved by the power lead popping out with a satisfying snap when we’ve tripped over it. Or, lately, when our kids have done it.

But that’s gone now. Hopefully USB-C cables will pop out easily enough when tugged, but we’ll be checking our insurance policies just to be prepared.

It would have been pretty impressive if Apple had set out to produce a keyboard that was super slim without sacrificing that much-lauded feel it’s famous for, so the fact that it’s gone even further and attempted to improve the mechanism is quite the bold move.

So the old “scissor” mechanism that sees keys depress slightly (mostly unnoticeably) wonkily is gone, replaced with a “butterfly” design that means each key depresses more uniformly. Apple, never one to shy away from putting a figure on things, says the new MacBook’s keys are 4x more stable than those of its other keyboards. Now that’s stable. 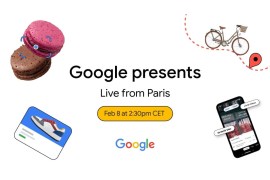