Home / Reviews / Apps and Games / WarioWare: Get It Together! review

Nintendo spent last year hyping up a certain plumber as part of Super Mario Bros.‘ 35th anniversary, so it’s only fair that his villainous rival got a bit of love in 2021. And waaaat better way than with a brand new WarioWare game for the Switch?

If you’ve never played a WarioGame – of which there are many across numerous Nintendo systems dating all the way back to the first entry in 2003 – before, each one is a essentially a compendium of what Nintendo calls “microgames”, very short and often exceptionally strange minigames in which the player is ordered to complete usually just one task in a few seconds, before the game moves onto the next one.

It’s WarioWare’s’ quickfire nature and variety in the microgames – one minute you might be steering a rocket around falling asteroids, the next you’re plucking a hair from a giant on-screen nose – that makes it an enduringly great party game, and WarioWare: Get It Together! aims to continue that tradition.

But this entry is a bit different. WarioWare has always featured an eccentric collection of characters that frequently turn up in the madcap stories often told in between the microgame marathons, but in Get It Together! you actually play as them for the first time. Each character controls slightly differently and relies on a different moveset to tackle a microgame, which not only adds a layer of strategy and complexity not seen before in the series, but also means the 200+ games on offer slightly reinvent themselves each time you revisit them.

Whether playing solo or with friends, WarioWare: Get It Together! is never less than a riot, even if the tweaked approach to gameplay doesn’t always work perfectly, and the game disappointingly fails to utilise the various quirks of the unique Switch hardware it belongs to.

Waaaat has he done now?

Wario creates mayhem. That’s his thing. But the loudmouth antihero has really got himself and his associates in trouble this time. Dabbling once again in game development, Wario and co. get sucked into his latest creation, a glitchy mess riddled with bugs that need to be destroyed one by one in order for the ragtag gang to escape.

That’s the setup for the story, which is where WarioWare: Get It Together! all but insists that you start. And with good reason, because it’s as you progress through the brief campaign that you’ll unlock different characters to play as in microgames. Each time you begin a new stage you pick a crew or ask the game to auto-assign you one. When you win a game, you’ll have a different character to play as in the next one in the cycle, which means you’re constantly having to adapt. It’s chaotic, and even more so when you add a second player into the mix – just as Wario intended.

At the end of each set of themed microgames there’s a boss (rarely combat-related) finale, for which you have to play as that level’s main protagonist, which usually hones in on their specific skill.

The playable characters are WarioWare: Get It Together!‘s big twist on the tried and tested formula. In the Switch entry, you not only have to react near instantly to whatever the game wants you to do, but also have only a split second to remember how the character you’re controlling plays.

Wario is pretty simple. He attacks in whatever direction he’s facing at the press of a button, as does the disco-loving Jimmy. But Mona’s flying moped is always moving, so you have to think about both her positioning on screen and controlling the trajectory of the boomerang she launches, while 28-Volt, a man-sized child who famously loves rapping, is stationary, so you rely on the disc he throws from his head to get around levels and complete objectives.

You can complete all microgames with any character in the game, but some are much harder – often maddeningly so – with certain characters, and how much you enjoy Get It Together! will likely depend on whether you like this fresh spin on the format.

A WarioWare game lives and dies on the quality of its microgames, and Get It Together! has some 200 of them, many of which are inventive, hilarious and well worth replaying. Once you’ve played a set of games in the story they unlock in the Play-o-pedia so you can return to a specific game you like.

WarioWare‘s brilliance lies in its simplicity. In one microgame you’re asked to do no more than headbutt a doughnut into a hungry child’s wide-open gob. A minute or so later you might have to whack a cymbal once a conductor has given you the signal. In the sports-themed mission you might find yourself playing as Mike, a hovering karaoke robot as he attempts to dodge the oncoming glove of a boxer. In WarioWare, anything goes.

Our favourite microgames are the ones based on Nintendo games past and present, which we’d rather not spoil. Let’s just say that if you’re well versed on the escapades of Samus, Donkey Kong and Captain Toad then you’ll appreciate the fan service.

WarioWare: Get It Together!‘s intentionally inconsistent art style, which mashes up rudimentary graphics with more modern visuals and vibrant backdrops, means it’s always fun just to look at, even if taking just a second to do so will probably mean you fail a game.

The story mode can be played in its entirety with one player, or co-op with two, using the same console or via local wireless. With an additional player in tow the microgames change slightly, usually making the action even more frantic. It might be that each character is only able to move in one direction, or that the more mobile of the two has to pull the most weight to win.

Eventually a new mode called Variety Pack unlocks in the menu, a collection of slightly meatier minigames, some co-op, others competitive, that allow up to four players to join in. The quality of these varies, but the additional content boosts WarioWare: Get It Together!‘s party game credentials.

And once you’ve seen credits you’ll gain access to the Wario Cup, a challenge-based mode that changes each week, and can be played offline or online with rankings. We weren’t able to test the latter during the review window, but we did play the first challenge, which focuses on the side-scrolling skateboarder, 9-Volt. This mode once again remixes minigames you’ve seen before, but should entice high score-chasers, at least in the short term.

There’s no shortage of content, then, but if there was a lingering letdown during our time with the latest WarioWare game, it’s that it doesn’t make much use of the Switch’s feature set. All games are played using just buttons and the analogue stick, without utilising the touch screen or motion controls.

On the one hand this makes complete sense, as it means all games are the same whether the Switch is docked or in your hands, and it means WarioWare: Get It Together! retains the series’ staple instant playability. But when you’re bringing a game as inherently wacky as WarioWare to a multi-talented console like the Switch, we can’t help but wish Nintendo had gotten even weirder with it.

The addition of playable characters, meanwhile, does complicate things to an extent that we’re not sure not all longterm fans will gel with. When you lose a game not because you haven’t understood the objective, but because your character didn’t teleport to where you wanted them to, your Switch might begin to fear for the welfare of its screen.

WarioWare: Get It Together! verdict

It’s about time that the Switch had a WarioWare game, and there’s still really nothing else like it.

Get It Together! freshens up the experience by letting you play as Wario and his eclectic mates, and although the story mode is over quickly, you’ll want to make sure you’ve successfully flipped a turtle with every character before you put the game down.

We’re not sure it has the longevity of one of Mario’s famed parties, but this is a generous – and crucially completely bonkers – package, both for solo players and those looking for something to play with friends.

We wish it made a bit more of the Switch itself, but it’s great to have brand new WarioWare game join the console’s library

Changes arguably make WarioWare more complicated than it needs to be

Feel like a binge-watch? Here are some series to get you started. Updated for January 2023

How to get past location restrictions with CyberGhost VPN 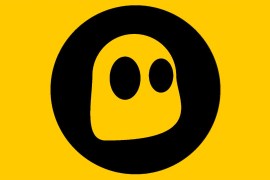