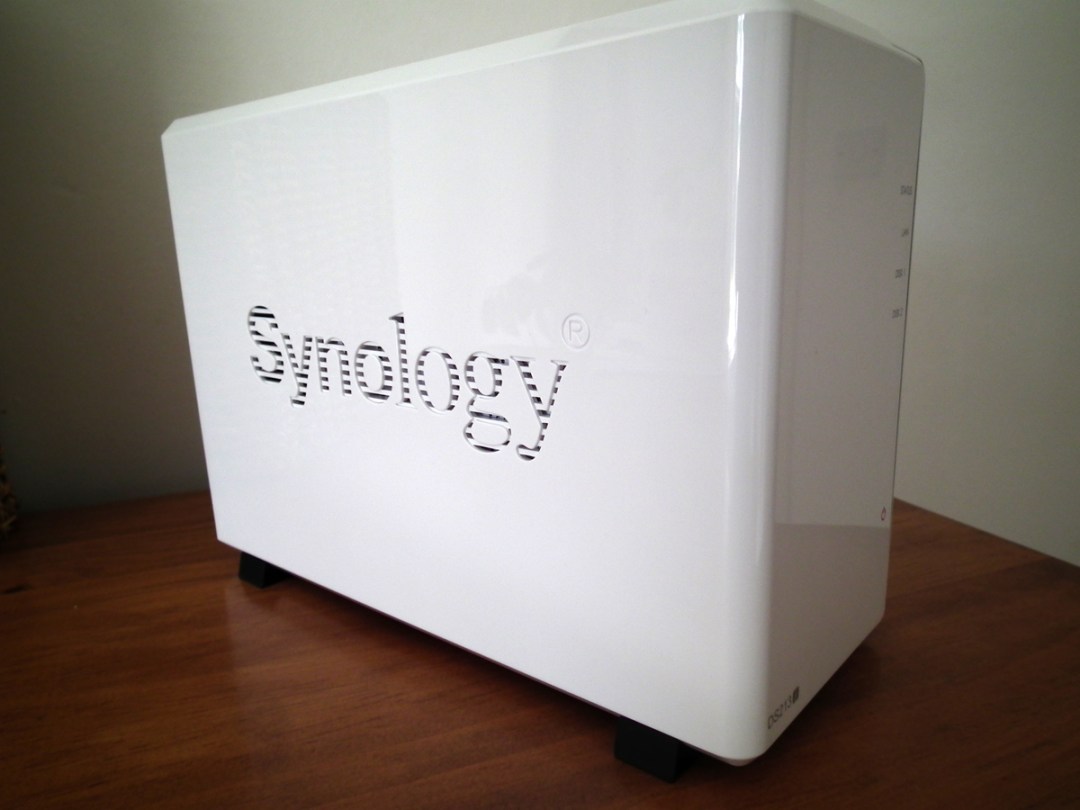 A network-attached storage drive is something you don’t realise you need until you have one. It’s the missing link between your home computer and your entertainment centre, and features such as web servers and cloud file sharing make it ideal for small businesses and dedicated gadget geeks. Synology is a modest expert of all things NAS, and we plugged its latest model into our home network to see how it shapes up.

Getting the Synology DS213J physically connected is nice and simple. Remove a couple of screws, chuck in one or two hard drives of your choice (up to 8TB is supported in total), and connect it to your LAN. From here it gets a little more complicated – there’s no quickstart guide for the software, and the browser-based interface is an entire new operating system to get your head around. For the uninitiated it’s all a bit daunting.

After a bit of poking about in the interface you should end up with a freshly-formatted drive setup on your network, so you can copy and backup files via WiFi or LAN. Transfer speeds are good with a single drive, but arrange two drives in a RAID array and they become blistering – we transferred a 1.7GB 1080p video file in less than five minutes. You’ll never need to look at that fetid 4GB flash drive again.

A huge range of apps are available for the DS213J’s operating system, and it’s a little like Android in that Synology actively encourages owners to hack their NASs and come up with new and exciting uses for them – just take a look at http://forum.synology.com/wiki/. There are also lots of cool Android and iOS apps, so you can do things such as remotely set torrents to download and then transcode them so you can watch them on your device. In an age when mobile device storage comes with a hefty premium, being able to store and stream stuff in the cloud – your very own cloud no less – is not to be overlooked.

It doesn’t end there. We connected our incredibly cheap Epson inkjet to the Diskstation and found we could print from Android devices via Google Cloud Print – a feature that you’ll only find built into printers that cost a lot more. The USB ports are put to good use, too – you can connect an IP camera and use it to set up a home security system, and USB speakers are compatible so it can become the hub of a home media centre. Alas, Spotify is not supported, but Synology’s legions of geeks are undoubtedly working on changing that at this very second.

NAS drives from other manufacturers tend to lack the massive array of features of Synology drives, even if they are often cheaper and easier-to-use. Apple’s Airport Time Capsule, a NAS drive in everything but name, is rather cool in the way that it integrates an AC wireless router into its sleek form, but as with most Apple products it foregoes complexity in the name of simplicity. While the Time Capsule suits clinically slick homes, we’d rather get our hands dirty with the Diskstation as it’s capable of doing a great deal more once you unlock its secrets.

Last year we looked at Synology’s DS212J, the DS213J’s predecessor. They’re pretty much identical – they feature the same plasticky housing that means you’ll probably want to tuck the NAS out of sight, and the interface is unchanged. The new model doubles the RAM to 512MB and includes a slightly speedier system-on-a-chip processor, but in real-world terms the updates are barely noticeable. It’s not worth splashing out on the upgrade unless you’ve got too much cash and a fetish for opening cardboard boxes.

We still love Synology’s nuts-and-bolts attitude to NAS drives, and its DS213J quickly found itself at the heart of our home network. The biggest problems are the interface and device, both of which could do with more user-friendly and aesthetically-pleasing updates. We’ll be quite cross if Synology releases an identical DS214j next year. But as it stands this is still one of the most useful bits of kit we’ve ever come across, and its potential is massive – as long as you’re prepared to put a little effort in yourself.

Synology sticks to what it knows, and while it’s still an excellent little unit it could do with a bit of a refresh

More useful than you can imagine

Massive array of apps and accessories

Not a huge upgrade over the previous model

Could be better looking 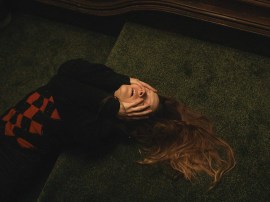 All that’s new and notable on Amazon’s streaming service, updated for January 2022 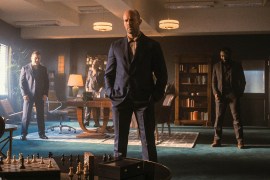