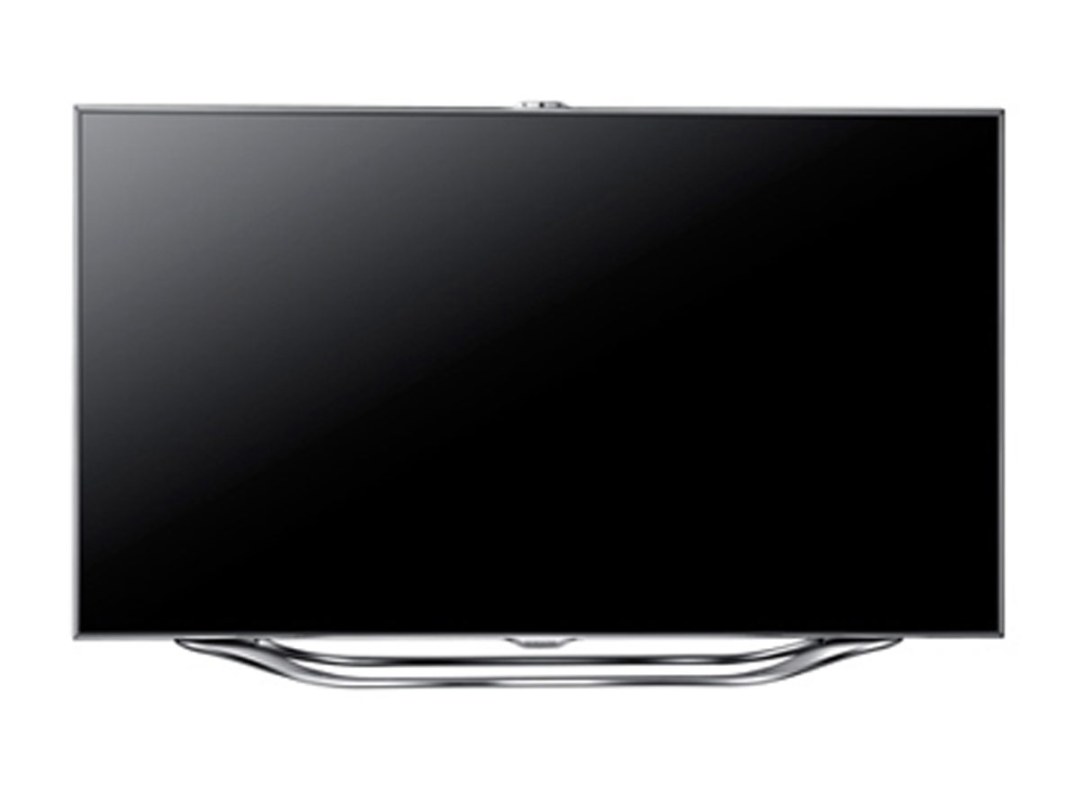 As you’d expect, the Samsung’s picture quality is outstanding right across the board. Bright, detailed and stable, the 3D image is the best we’ve seen from a TV so far, and high-def pictures (Blu-ray, Freesat or Freeview HD) are impressive too. It’s particularly good at dealing with tricky motion, serves up strong contrasts, and its detail levels are sky-high.

Voice and gesture recognition have been on our TV wish-list for ages, and this TV is the first to provide them. And for the most part, they work really well. Voice prompts are responded to quickly and accurately, even if you ask for something as esoteric as “Oscars wardrobe malfunctions” to be entered into the search-bar.

The ES8000’s vocab seems expansive – Samsung has tried to prepare it for the UK’s regional accents – and with so many Smart TV functions on board, voice navigation seems natural before long and indispensable soon after that.

Gesture control isn’t quite so successful, as it needs a) an extremely bright room and b) grand, expansive yet very consistent gestures. Wave at the TV so it can work out where you’re sitting. A hand-shaped cursor will appear, which you can move to adjust the channel, volume and so on. It’s most useful for web browsing: make anticlockwise circles to go back a page, or shut your hand into a fist to close it down. There’s potential, but until your room can be comfortably lit, and it can differentiate better between gestures, we’ll stick with voice control.

After all this, the ritzy touchpad remote seems a bit mundane, yet it’s still far fancier than the vast majority of zappers. It works precisely, especially when using the TV’s built-in web browser, offers ‘hot key’ shortcuts to the most commonly used controls and, because of its integrated mic, is absolutely essential to voice operation.

The usual smart TV functions (iPlayer, YouTube, Facebook and so on) are complemented by ‘Family Share’ (share pictures and notes with a discrete network of users), ‘Kids’ (an attempt to get a bit of learning in under the radar) and ‘Fitness’ (where you’re made to feel inadequate by having your image displayed alongside that of a hard-body fitness instructor as you flail about).

The ‘Evolution Kit’ socket on the back of the ES8000 is nothing like as dull as it looks. It means Samsung will be able to upgrade your ES8000 to 2013 (or 2014 or whatever) specs when the time comes. Which has to be better than buying a whole new TV.

In case your other equipment feels left out, Samsung supplies something it calls an ‘IR Blaster’ in the box. This allows any kit connected to your TV – your Sky box, say or a Blu-ray player – to be operated via voice or gesture recognition too. Saying a number to your Sky box and having it switch channels is more satisfying than you’d think.

Gesture recognition, not so much

Not what you would call cheap