That phone sat in your pocket – how much time do you spend hunched over it, answering emails, scrolling through spreadsheets and tapping out text?

Probably about as much time as you spend on your laptop when you’re actually sat at your desk, I’m betting. So why are you carrying both? Have your phone do all the work, and lighten your load.

That’s the idea behind DeX, the scene-stealing accessory for Samsung’s Galaxy S8 superphone that’ll turn it into a fully-fledged desktop computer. Hook up a mouse, keyboard and screen, with your phone becoming the brains of the set-up, and you get and you get a familiar way to work that won’t end in severe finger cramp.

Sounds straightforward enough, but things aren’t quite so simple. And after agreeing to finish this review entirely with DeX, I’ve got plenty to gripe about.

The Station itself is actually pretty basic: a puck-shaped dock with a slide-out lid that reveals a USB-C adapter.

Around the back, there’s a USB-C charging port, HDMI output, Ethernet and two full-size USB ports, for hooking up a wired keyboard and mouse. I wish the cables were a little neater, rather than sprawling out of the back of the dock, but that’s just my inner neat freak – you can always use Bluetooth and go cable-free.

An audio output would have been nice, too – unless your monitor has built-in speakers, sound simply pipes out of the phone. Only the S8 speaker fires downwards, into the dock, so music sounds muffled.

Plug everything in, connect a monitor, and plop your Galaxy S8 or Galaxy S8+ down – that’s all there is to it. Right now, though, it won’t work with any other phone, so you’re out of luck unless you’ve picked up one of Samsung’s latest.

A small, built-in fan keeps the phone running cool, and is so quiet that I could never hear it over the general background noise of the Stuff office. The Galaxy S8 I was using for testing never complained about temperature, and it was cool to touch even after a full day of working in DeX mode.

It charges while docked, too, so you don’t have to worry about running out of juice – you’ll be fully fuelled up and ready for some hardcore Netflix binges on the commute home.

The dock is small enough to fit on just about any desk, and light enough to sling in a bag. You’ll need to use the power adapter that came with your handset, though, as there’s not one in the box.

Plug it in and the phone automatically switches into DeX mode, disabling the handset screen and waking up your monitor. It takes less than a minute for a desktop to appear.

This is a proper desktop UI, too. Motorola and HP’s attempts at docking stations mirrored your phone on the big screen, but here, you get a familiar app tray, shortcut bar, desktop icons and system tray. Any apps you had open on your phone before docking are waiting for you, minimised in the taskbar, and you can even change the wallpaper if you like – it’ll stay unique to DeX, so you can keep your kids, or your dog, or your favourite sports entertainment star front-and-centre on your phone’s homescreen.

Apps open in windows, which can be dragged around the screen and resized, and you can alt-tab between them just like you do on Windows or macOS.

Open the app drawer and you’ll see all of your installed apps, including Samsung’s own, which have been tweaked to work well on the big screen. The web browser in particular does a great job, opening the desktop version of websites by default, loading pages quickly and staying smooth, even when you’ve got a YouTube video playing in another window.

In fact, the whole thing felt responsive and stutter-free, so you can quickly forget you’re working off your phone. If you’ve ever used a Chromebook, stick PC or thin client workstation computer, you’ll feel right at home in terms of performance.

Samsung DeX Station calls and texts: AS YOU WERE

Since it’s your phone working as the brain of this unusual workstation set-up, any calls, messages and WhatsApp conversations come through just the same is if you were holding your handset.

A notification pops up at the bottom right of your monitor, and you can choose to answer the call through a speaker (if you have one plugged in) or pick up your phone if you’d like more privacy. The call is already active while the screen flips back to phone mode, so you can start chatting straight away.

WhatsApp isn’t properly streamlined for DeX, though, so you’ve got to click on the Send icon to fire off messages, instead of tapping the Enter button on your keyboard. Not a major problem, but still an annoying one.

It doesn’t remember where you left all your windows when you re-dock to DeX, either, which is frustrating if you take a lot of calls during the day.

Walk away from your desk and you’ll need to unlock it when you come back, too. Easy enough if you’re using the Galaxy S8’s iris scanning, as the phone is propped up at a good angle for it to spot your eyes, but less so if you’re trying to reach the awkwardly-placed fingerprint sensor around the back of the phone.

For the most part, DeX works brilliantly, but there are quite a few apps that don’t work how you’d expect them to – if they work at all.

Big hitters like Spotify refuse to open at all while you’re in DeX mode, and you’re better off with the browser version of Google Docs than struggling with the inferior app version. Some apps are limited to phone-sized windows, and games refuse to play at full-screen. Apps that need touch inputs aren’t guaranteed to work, either.

The experience isn’t exactly perfect when you try to multitask, either.

Apps don’t refresh properly unless you’re actively using them, so you’ll miss out. This made it tricky to keep up with the Stuff slack channel – there are only so many missed opportunities for posting animated GIFs before your colleagues are asking if you’re OK.

Sometimes I’d be working on one app, then switch to another only to discover it had stopped responding. The desktop itself crashed a few times, too – hopefully this is something Samsung can nail down with a software update or two.

Familiar keyboard and mouse shortcuts don’t always work, either. You can drag to select text in the web browser, but not in the Google Docs app, for example. WIth no way to change pointer sensitivity, the Bluetooth mouse I’d connected was a twitchy mess, as well.

Seeing how much power the Galaxy S8 and S8+ have on tap, the DeX Station should make a lot of sense. It turns your phone into a working desktop PC, complete with multitasking, a working keyboard and mouse, and apps optimised specifically for the big screen.

The plug and play method is a lot more straightforward than wireless screen mirroring, which doesn’t always work, and the desktop experience is easily on par with a budget laptop or stick PC.

If you spend all day staring at one or two apps, or can live entirely inside a web browser, then DeX makes a lot of sense. It’s lighter than a laptop, and does everything you’d want it to.

Unfortunately for everyone else, the software is just that bit too raw right now for us to recommend losing your laptop altogether. If Samsung manages to give you some control over keyboard and mouse shortcuts, lets apps refresh in the background, and gets more devs on board to optimise their apps, it might be worth finding some space on your desk for, but right now?

Put it this way – my MacBook isn’t going anywhere any time soon.

The best desktop docking station ever still isn’t perfect. DeX is fine for the basics, but for anything more you’ll be longing for your laptop

Some apps just don’t support DeX at all 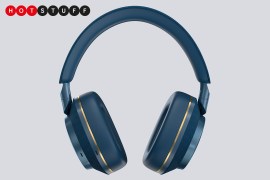