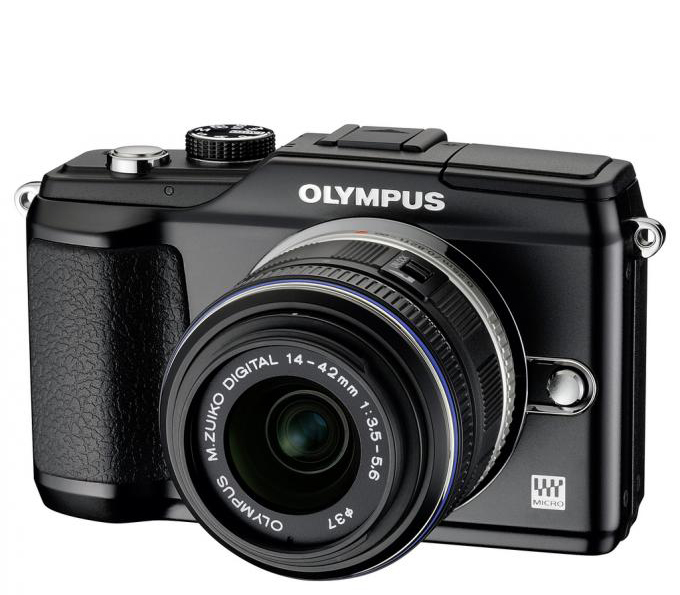 When it comes to dinky cameras with swappable lenses, Panasonic and Sony have outshone the Olympus PEN range in recent times – but not any more. With the E-PL2, the original Micro Four Thirds pioneer has got its swagger back.

It starts with the kit lens, a brand new 14-42mm zoom that matches the old one for compactness but feels far less cheap and plasticky when you give it a twist. There’s an ultra-smooth focus ring on there and the optical quality seems higher too.

Previous PENs have been sluggish to autofocus, but not the E-PL2: while it might not quite match the GF2 and Sony NEX-5 for sheer lock-on speed, it’s definitely a gear or two above its predecessors, and that could make all the difference when you’re trying to capture a moving subject.

Then there’s the screen. It’s not touch-sensitive, which is a shame (we love the touch-to-focus feature on the Panasonic GF2), but it’s sharper than the LCDs on older PENs thanks to a higher pixel count.

Those are the improvements that shout the loudest, but the whole thing feels more solid than the similarly styled E-PL1 it replaces. That had a plastic body, while the E-PL2 is clad in an aluminium shell. The always-decent PEN user interface remains. While not as slick as Panasonic’s rival cameras, it’s pretty much idiot-proof.

But what about picture quality? Well, we reckon it’s the best PEN so far on that front too. At its lowest ISO 200 sensitivity setting and with the aperture closed down a little, it produces shots with stiletto sharpness and virtually no trace of speckly noise. In fact, you can push it to ISO 800 before noise becomes really noticeable, and the ISO range has been extended too, going all the way to ISO 6400 (the E-P1 peaked at 3200). The noise is pretty horrible up there, true, but it’s nice to have in your locker all the same.

Colours are vibrant, and these virtues are carried into the E-PL2’s video performance. It offers 720p HD that looks gorgeous – but you’ll have to whack on the official external mic for stereo sound as the on-board one is plain old mono.

For our money, the Sony NEX5 is still king in the land of the compact swappable lens camera, with the Panasonic GF2 next in line to the throne, but the E-PL2 deserves a place at the top table. 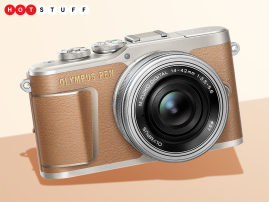