Defending the Earth from intergalactic space fighters, hunting down wish-granting dragons, and more spiky hair than a 90s boy band.

It could only be Dragon Ball.

The absurdly popular anime seems like the perfect choice for a frantic, button-bashing fighting game – after all, the cast spend half their time chucking planet-destroying energy beams at each other.

With Guilty Gear developers Arc System Works at the helm and a 3v3 team mechanic that borrows heavily from Capcom’s Marvel Vs Capcom series, FighterZ could easily have been an obtuse, rock-hard brawler only fighting game die-hards would enjoy.

Somehow, the end result couldn’t be further from that if it tried. This is one of the most accessible, enjoyable takes on the genre that puts fun first – whether you’re an expert or not.

LIVING IN AN ANIME

Load up FighterZ for the first time and it’s hard to tell where the explosive intro movie ends and the game proper begins.

Arc System Works has absolutely nailed the look of the anime, with character models and animations matching up perfectly – and in the case of some super moves, frame-for-frame with the TV show.

The cell shading is pulled off to such a high level that it’s really hard to believe the players duking it out onscreen are actually 3D models, rather than hand-drawn animation. That’s also true of the screen-filling special effects, which, trust me, you’ll be seeing a lot of.

Screenshots only tell half the story: everything is so slick in motion, so fast and fluid, with combos landing out of nothing. No other Dragon Ball game has come close to matching the pace and unique look of the source material.

Once you’ve lifted your jaw off the floor at the visuals, it’s time to actually start learning the fight mechanics. And there are plenty.

Things start off simple, with light, medium and heavy attacks. Everyone gets a one-button ranged attack, too. You can’t sit back and spam energy beams, though, because every character also has a Super Dash.

This closes the distance between two fighters almost instantly, and dodges projectiles while you’re at it. In case you hadn’t guessed, FighterZ is one seriously aggressive game, that barely gives you a second to breathe between rounds.

Air combos, movement cancelling, and the backwards-teleporting Vanish attack all give you multiple ways to confuse and confuddle your opponent into making a mistake, so you can land a devastating combo.

Each of the 20+ characters have their own move list, and you’ve got to pick three of ‘em to to form a team, so there are plenty of attacks to learn – although luckily a lot of them use the same D-pad and button combinations.

Tagging your roster in and out of the battle is crucial to continuing your combo, too, but again this is a one-button move.

That’s a heck of a lot to get your head around, so it’s a good job there are plenty of ways for beginners to learn the ropes.

Beyond the tutorial mode, which walks you through the basics, easy combos can be pulled off by tapping one button repeatedly. Light, medium and heavy combos that land 10 or even 20 hits can be pulled off just by hammering on a single attack.

Inputs are super lenient, too. You don’t need frame-perfect button presses, and can queue up moves mid-combo so the next attack comes out automatically. By the time you’ve got the basics down, expanding your repertoire of moves on the fly becomes almost second nature.

Of course, there’s no sense jumping straight online and getting battered by higher skilled players – not when there’s a deep story mode to get stuck into first. It kicks off right where the Dragon Ball Z storyline wrapped up, explaining the whole tag team mechanic with some typically obscure Dragon Ball lore.

There are three plot arcs to brawl your way through, focusing on the heroes, villains and androids. Each chapter spreads enemies across a map, with you picking who to take on next. It feels like you’re picking a route, rather than being led through a simple series of interconnected fights, split up by cut-scenes. Street Fighter V should take note here.

You unlock new characters as you play, along with powerups that give you an edge over the increasingly tricky AI opponents. After each fight you can swap your team members out to keep things interesting, and whoever’s in your line-up dictates which cut-scenes you’ll get before and after each fight.

Some are downright hilarious, whether you’re watching with the native Japanese dub, or the English voice-overs. The animations are mostly on point, too, but sometimes it’s all too clear you’re looking at 3D models, rather than hand-drawn animation. It’s the complete opposite to the actual fights. The frame rate dips noticeably, too, which is a shame.

It all stays true to the series, but even if you don’t know much about the series and its epic story saga, it’s entertaining enough for you to see it through to the end.

TIME TO TAKE ON THE WORLD

You could quite happily chip away at FighterZ’ three main story arcs, master the combo challenges and defeat each arcade mode tier without ever stepping foot online, but every fight is slowly preparing you for real-world opposition.

The main menu is like a giant multiplayer lobby, with other players dropping in and out as you walk between different zones. You can challenge people directly in the central Arena, and send quick canned messages to other players even if they’re not on your friends list.

Once the servers were up and running on launch day, the online netcode seemed perfectly responsive, and crucially free from lag to make multiplayer fun. After several beta tests, Arc System Works seems to have managed to get things working as they should. Players are split into continents, and again by countries, so you should always have a good connection unless you specifically try to match against opponents from further afield.

With every fight earning you in-game currency to unlock new character colours, stickers for your player profile, and cute chibi avatars to wander around the lobby as, there’s plenty to keep you plugging away at the ranked mode.

And until you’ve collected all seven Dragon Balls in a single match, summoned the mystic dragon Shenron and had one of four wishes granted mid-fight, you just haven’t done FighterZ justice.

The Dragon Ball series has had its fair share of mediocre games, to the point we almost instinctively roll our eyes at news of a new one. Well, roll no longer.

Arc System Works has seemingly pulled it off, with a slavish dedication to the source material, slick animation and special moves that offer frame-by-frame replicas of key moments from the show.

FighterZ is quite simply gorgeous, fantastic fun to play, and not so obscure or difficult that fighting game newbies will be instantly put off. Dig deeper than the one-button auto combos, though, and you’ll find a nuanced game with a whole host of different mechanics, moves and play styles that genre fans are going to love picking apart.

With the multiplayer modes holding up nicely, even on a hectic launch day, this is looking like some of the slickest online fighting this side of Street Fighter.

This really could be the next big thing for tag team fighting games – FighterZ is a blast to play, and looks great too

Plot might go over the heads of non-anime fans 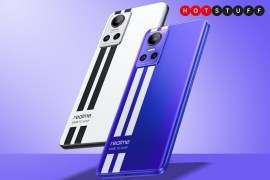