It wasn’t all that long ago that DJI tore the wrappers off its third generation of camera-equipped drones by launching the Phantom 3 Advanced and Phantom 3 Professional. We reckon the Pro is the best consumer quadcopter you can buy, but now there’s yet another new model to consider: the Phantom 3 Standard.

As the name suggests, the Standard is pitched a little lower than the older models, and its price tag of £650 nudges it straight into “affordable” territory – at least, when compared to the £900 Advanced and £1,150 Professional. And yet, outwardly it looks very similar to both. So, has DJI taken a meat cleaver to its drones’ much-loved features to achieve this price plunge? Or will you barely spot the difference? We put the Phantom 3 Standard to the test to find out.

When it comes to the important stuff, the Phantom 3 Standard is mostly on par with its more expensive siblings. It uses the same battery as the other two models and thus features the same 25-odd minutes of flying time per charge. It also retains the intelligent GPS-based return-to-home feature that brings it automatically back to its landing spot if you lose a control signal or simply can’t be bothered to fly it back manually.

And it offers very similar aerial photography capabilities. The camera here is very similar to the setup on the Professional and Advanced models, but its specs are slightly different to both. There’s a 1/2.3in 12MP sensor (which we suspect is the same Sony Exmor sensor as used on the other drones) with the same f/2.8, 94-degree field-of-view lens. The camera records stills in JPEG or RAW, as well as video in your choice of 720p, 1080p or 1520p (2704 x 1520, which DJI calls “2.7K”).

That actually gives it more options, resolution wise, than the Phantom 3 Advanced, although it should be noted that if you want to record in a frame rate higher than 30fps, you’ll have to dial down to 720p mode (the Advanced records 1080p in up to 60fps).

Video and photo quality is excellent in good lighting situations, as you can see from our sample clips and stills above and below. There’s bags of detail in the 12MP stills and higher resolution videos, and that doesn’t really drop off until you start trying to capture stuff in low light, where the increased ISO sensitivity results in grainier, less well-defined results. But considering how much cheaper the Standard is than the Advanced and Professional drones, I was impressed by how similar its camera performance is.

Look at the footage above, all of it straight off the Standard’s microSD card. Sure, at times the green foliage and grass can seem a tad washed out, but there’s a richness and depth to the cornfields, the suburban scenes are packed with sharp detail, and the colour shifts in the sunset shots look absolutely glorious.

It shares the same three-axis gimbal technology as the other Phantom 3 drones, capable of keeping the camera dead steady no matter how the drone is being thrown around, and allowing for it to be tilted through a 90-degree range (which you control with a wheel on the top left of the remote controller). It’s hugely impressive and plays a major role in getting the sort of smooth, steady footage that wouldn’t look out of place on TV.

The way in which the Standard flies is almost exactly the same, too – unsurprising, given that to the untrained observer it looks to be exactly the same as the other Phantom 3s. Using the two-stick controller and your smartphone (there are apps for iOS and Android, although at the time of writing only a handful of Android devices are listed as recommended), it’s pretty easy to control the drone. The ‘copter is responsive and surprisingly zippy, which makes it easy to get to grips with and a joy to fly (as you’ll see later, though, it pays not to get too comfortable and blasé about the controls, because this thing isn’t a toy and is likely to drop like a stone if it collides with anything bigger than a butterfly).

GPS and other sensors keep it from being nudged off course by gusts of wind, and your phone’s screen will, while connected to the drone, give you all manner of info on speed, altitude, position, battery life and more, plus of course a live feed from the drone’s camera.

Here’s where the differences start to become apparent. With the Advanced and Professional, you connect your device to the controller via a cable and the video link uses DJI’s proprietary Lightbridge system. The Standard, however, uses a Wi-Fi link between the controller and your phone and a more, er, “standard” form of wireless communication between the quadcopter and the controller. That means the transmission range is greatly reduced, as is the quality of the video feed. DJI says the video feed is 720p quality, and I suspect that may be the case under optimal conditions, because it’s usually quite crisp and clear, but it’s much more prone to abruptly cutting out when the drone reaches a certain distance compared with the pricier models.

That’s not to say the range is poor – you can definitely expect the Standard to remain controllable to 500m or so in a clear space. But it is shorter than with the other models, and several times I found it cut the video feed abruptly and started the return to home function surprisingly close by (a couple of hundred metres). It’s annoying when it happens, but I found it could be largely avoided by ensuring the controller’s antenna was pointing directly at the bird (something you don’t really have to worry about with the Professional and Advanced Phantoms). And, in any case, UK regulations say you shouldn’t be flying a drone outside of your visual range, so it’s unlikely to become a major issue unless you’re a serial rule-breaker.

The controller is also a lot simpler than the Advanced and Professional’s, with just the two sticks and a gimbal wheel. That means you have to use your mobile device’s touchscreen to take photos and videos. It’s not a huge deal, but it does make things a little more fiddly and fussy than on the other models, where you can trigger the camera with physical buttons and rarely need to take both hands off the controller.

The drone works with the new DJI Go app, which is fairly similar to the DJI Pilot app that was previously used with the Advanced and Pro models. Once your phone and the drone are connected, it’ll bring you into a camera view with tons of flight and photographic info available at a glance, plus access to menus allowing you to set parameters, recalibrate functions and adjust video and photo settings to your heart’s desire. It also shows both your location and the drone’s location on a map, so that you know where it is at all times, and if there’s a mishap and it crashes, you can recover it. Or what’s left of it.

I joke, I joke. The Standard is, like all Phantoms, a tough old bird. Despite looking somewhat like a toy, it’s a seriously well-built product and can withstand surprising amounts of punishment. Sadly, I know this first hand, having clipped a tree branch with it in my local park and watching aghast as it plummeted several metres to the ground in a flurry of chopped-up leaves, bounced on its landing gear and ended up upside down on a concrete path, rotors spinning uselessly.

But, aside from a few scuffs to the camera’s metal exterior, some scratches on the blades and a couple of hairline fractures in the landing gear, the Standard was unharmed. I flew it again immediately – albeit far, far away from any trees. It’s good to know that, should you mess up and crash it, you might not have to replace the whole thing, or even any components. DJI and other vendors do sell a lot of the parts individually, however, so even if the drone does come a cropper (and it’ll almost certainly be your fault if it does, rather than any technical issue), you can replace most components fairly easily.

The final way in which the Standard differs from the more expensive Phantom 3 fliers is its lack of a downward-facing camera. This isn’t used for photography purposes, but to analyse the terrain below the Phantom 3 Advanced or Professional and use it as another means of keeping them hovering in the same spot. Outdoors, this job is chiefly done via GPS, but indoors that’s not an option. So, basically, the Standard isn’t really suitable for indoor flying unless you have a lot of space or are prepared to maintain very close control of its movements.

The Phantom 3 Standard is certainly a less impressive quadcopter than the Advanced and Professional, but when you consider that it costs hundreds of pounds less its shortcomings – if you can call them that – melt into the background.

This probably isn’t a drone for anyone looking to make a career out of aerial photography – but £650 seems like a fairly small price to pay for what you’re getting here: a device that flies super steadily for up to 25 minutes at a time, filming good quality video and snapping brilliantly sharp stills from insane heights. A device that is well-built and incredibly easy to use for such a complex piece of equipment.

Basically, while we’d rather own the 4K-capable Professional, the Standard strikes the best balance between affordability and performance. It’s a soaring success.

Pretty fly for a cheap DJI

Maintains many of its pricier brethren’s abilities 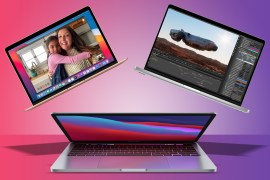