Home / Reviews / Apps and Games / Android / App of the week: Beneath The Lighthouse review 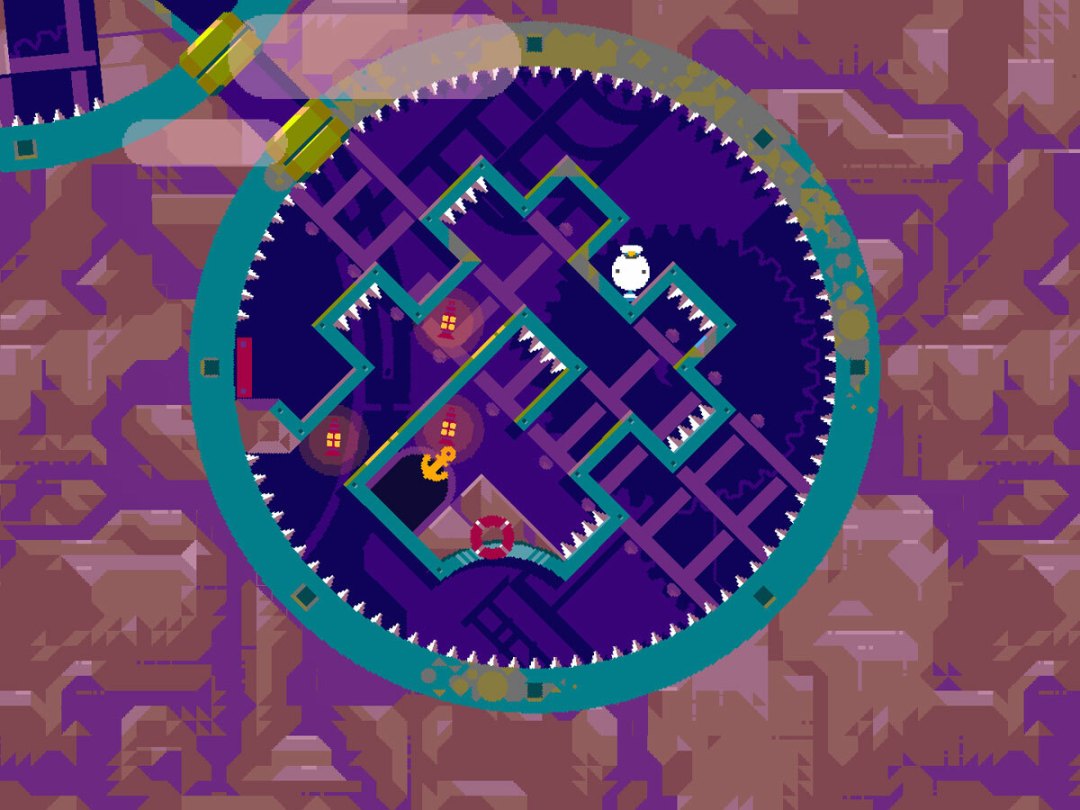 Developer Nitrome has a habit of subtly playing with the conventions of mobile gaming, obliterating expectations and assumptions.

Its titles are intuitive, enabling newcomers to play; but they have a mean streak that will cause completists and high-score nuts to curse into the wee small hours.

Beneath The Lighthouse is a case in point. On the surface, it’s a straightforward arcade puzzler, where a rotund boy rolls about mazes inside wheel-like enclosures, venturing deeper underground once every exit is reached. It vaguely resembles any number of tilt-based smartphone maze puzzlers, and Nitrome even goes so far as to describe its game as ‘serene’.

But any serenity is quickly tossed aside. First, the controls are simultaneously brilliant, quirky, innovative and infuriating. Rather than tilting your device or dragging across the screen, you turn the aforementioned wheel to tilt the maze and urge the boy to roll. Initially, this merely feels weird, but just when you’re getting to grips with it, Beneath The Lighthouse starts flinging all manner of traps and hazards your way. You’ll look in despair at each tiny level before trying to figure out how on earth you can combine gravity and sheer luck to get the rotund protagonist to the exit rather than having him horribly impaled.

Then you notice the timer. This, if anything, is Beneath The Lighthouse‘s cruelest feature. If you make it to the exit and the timer runs out, that’s fine. The next level unlocks anyway, and you can continue. But once you start racking up bronze — or even silver and gold — awards, you’ll want to go back and do better on those levels where you got nothing. Beneath The Lighthouse then transforms into a frenetic, madcap race to the finish line, the poor boy bouncing about the place as you over-spin, try to correct, and inevitably fail.

It’s a lot of fun. This is the kind of ostensibly casual game probably dismissed by people who spend their time with two claws gripping a gamepad, but that they should try their hand at. Because although Beneath The Lighthouse is possible to complete by moving very slowly and cautiously, fully embracing the challenge requires a great deal of skill and persistence.

As with other Nitrome games, this one looks and sounds great. Visually, it has a slightly retro aesthetic, which is pleasing and vibrant. The audio is suitably nautical — squawking seagulls, a creaking lighthouse and rolling waves (along with regular death screams). The business model’s very fair too. If you’re a skinflint, you get three lives and these are refreshed on watching an ad; pay up (which is the only option on Apple TV, where the game is one of the few to work really nicely with the Siri Remote) and you get endless goes at each maze. And once you get some way beneath that lighthouse, you’re going to need them.

Beneath The Lighthouse is available for Android, iOS and Apple TV. On Apple TV, the game costs £2.99. On mobile, it’s free-to-play with an optional unlock of £2.99.

The challenge is suitable for all

Some levels are a bit too brutal