Last year, Taylor Swift had a public spat with Spotify that resulted in her entire catalog coming off the service. And just last week, Coldplay opted to leave its latest album off of Spotify. And Adele? No streaming services whatsoever.

Massively popular artists are pushing back against the rise of streaming, and it doesn’t seem to be hurting their sales or income – only the streaming services and their users are suffering, with Spotify taking additional flak for offering an ad-supported free membership option that pays slimmer royalties. But things could be changing with that approach.

The Wall Street Journal reports that Spotify plans to test a new windowed model that keeps some new releases away from free users for a certain amount of time. It’s not clear how long the music would be unavailable to non-paying subscribers, or how broadly Spotify and artists plan to apply this approach.

Taken to an extreme, it could mean that Spotify won’t have the biggest new releases right away, and we could be looking at late additions weeks or months out from the initial debut. Reportedly, Coldplay tried to push for such an option with its new A Head Full of Dreams album, but Spotify was unwilling to make the change in time for the release.

Now, both the band and service have decided to put the album up on Spotify for all users – free and paid alike – as of this Friday. But Spotify will apparently test out the windowed model to make sure it can avoid such delays for its paying subscribers in the future.

As for everyone else? Sorry, you’ll have to take what you can get if you want to avoid the monthly bill.

Read More › Adele’s new album won’t be on Spotify, Apple Music, or any other streaming services

Get three months free Music Unlimited from Amazon US or UK 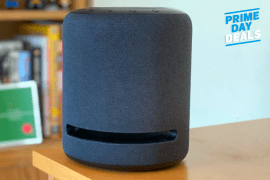