Sony’s Action Cams could always capture great video, but the new redesigned range should make sure you don’t miss a thing when you’re on the slopes, hitting the surf or anything else that gets the heart rate pumping.

The HDR-AS50 is just as tiny as last year’s model, but the new button layout is much easier to understand. There’s also a new help system guides you through the onscreen menus so you can be sure you’re in the right shooting mode.

Quality has stepped up a notch too, thanks to Sony’s Advanced SteadyShot image stabiliser. It’s paired with the same 11.1MP back-illuminated CMOS sensor as the old Cam, so can still shoot smooth 1080p footage at up to 120fps. The new Zeiss Tessar lens should mean your clips are a little clearer than they would have been on last year’s model.

The proprietary tripod mount has been ditched, too, making it much easier to hook up to your favourite done, helmet or bike. We’re looking forward to giving one a go a little closer to launch – it should be on sale across Europe by the end of February. There’s no UK price, but it’ll cost around US$350 in the States.

Camcorders might be a bit pedestrian compared to an action cam, but Sony thinks they’ve still got their place. The latest, the FDR-AX53, has a 4K sensor with 1.6x the pixel size of a typical Handycam, which should mean crystal clear videos even in low light. It’s paired with a 20x optical zoom for crystal clear shooting at long range.

Add in Sony’s Balanced Optical Steadyshot 5-axis stabilisation, and it should compensate for camera shake even when you’re on the move. It’s got Full HD 100fps recording, too, for when you want to capture your best Danny MacAskill impressions in glorious slow motion.

The HDR-CX625 and HDR-CX450 also join the rainge. Both models come with image stabilisation tech, but the 5-axis Balanced Optical Steadyshot is only found on the HDR-CX625; the cheaper model makes do with Sony’s Intelligent Active digital stabilisation.

Again, there’s no word on prices for the UK, but you should be able to grab the FDR-AX53 in March. The Full HD models arrive a little earlier, but since that’s not until February, check out our current list of the 10 best camcorders here. 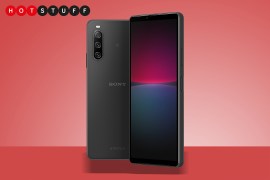 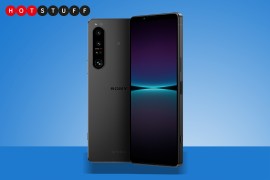 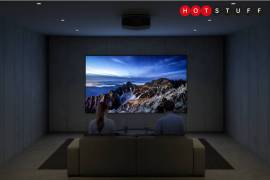