Home / News / Remotely control your Range Rover? There’s an app for that

Remember Pierce Brosnan’s James Bond remotely controlling a BMW using a phone? How we laughed at the “futuristicness” of it all? Well, those days are almost here, if you’re a Range Rover driver.

Jaguar Land Rover has built a prototype Range Rover Sport that can be driven from outside the car via a smartphone app. Acceleration, steering and braking can all be controlled – although the car’s maximum speed will be reduced to a mere 4mph. Which, given the circumstances, seems fair enough to us.

The idea behind the prototype is that you can negotiate difficult driving situations from outside of the vehicle. If someone has blocked you in a parking space and your visibility is impaired, or if you have to tackle a tricky off-road section, the ability to manoeuvre the car while keeping tabs on its exterior sounds invaluable. The speed limiter and a maximum range of 10 metres are there to ensure you don’t exceed the whole concept’s perceived boundaries.

The prototype Range Rover comes with another special ability, dubbed “Multi-Point Turn”. Essentially, this can turn the vehicle 180 degrees autonomously in almost any situation, using sensors and controlling speed, gear selection, braking and steering to make this unloved manoeuvre a veritable piece of cake. Even if that 180-degree turn requires 10 points, it’ll do it.

Jaguar Land Rover claims features like this will be integrated into the self-driving cars of the future to make drivers’ lives easier, and is still working towards a concept it calls the “Solo Car” – a vehicle so aware of its surroundings that it can operate independently of driver input.

The company is part of the UK Autodrive consortium and will be undertaking real-world testing of its technologies in Coventry and Milton Keynes in the near future, so we can expect to hear more soon. 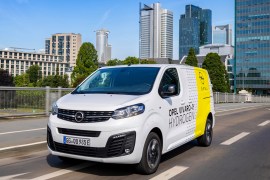 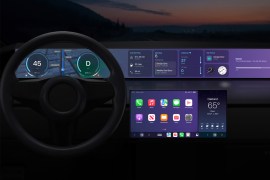