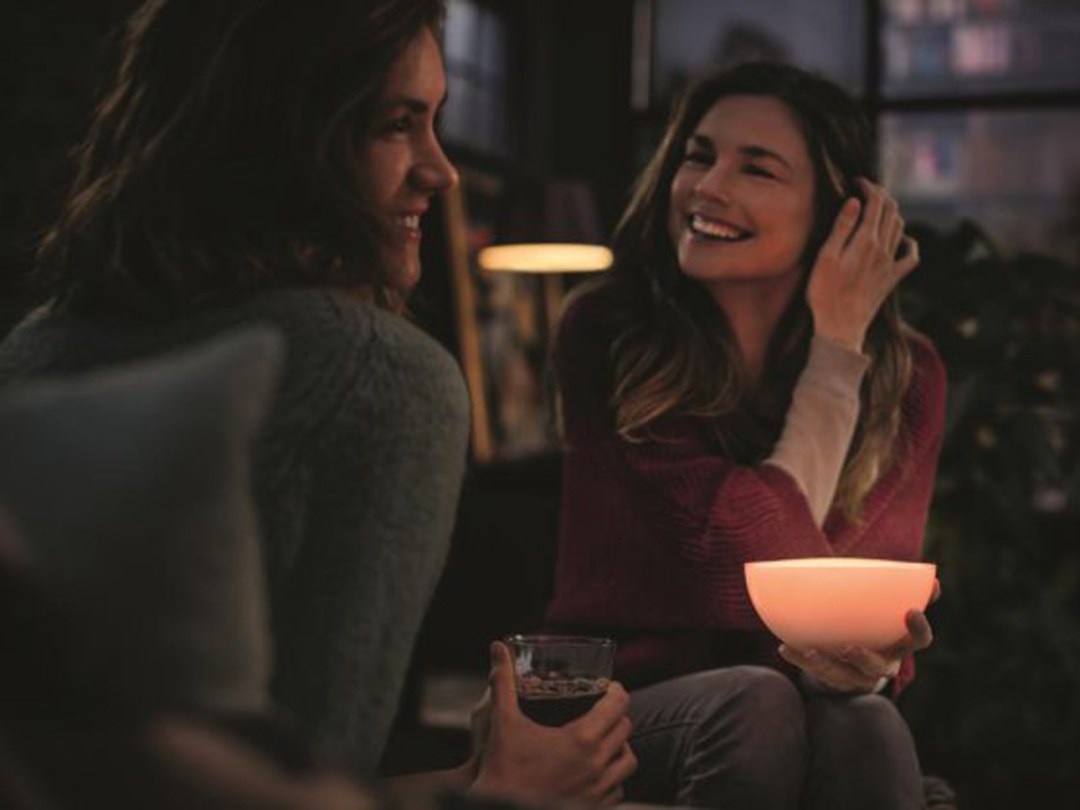 A battery inside the Hue Go gives it a reported three hours of on-the-go use per charge, but other than that it works in a very similar way to existing Hue bulbs and lamps. Using an app or your smartphone or tablet – either the official Philips-made one or one of hundreds of compatible third-party apps now available – you can control the lamp’s colour to an almost insane degree.

If your phone isn’t to hand, there’s a manual switch that flicks the Hue Go to one of five preset modes: Cozy Candle; Sunday Coffee; Meditation; Enchanted Forest; or Night Adventure. All of which sound incredibly awesome. As the image above illustrates, you can look pretty incredible at dimly-lit parties by holding the Hue Go on your lap, thereby giving your face the soft, warm under-lighting it deserves.

UPDATE 02/04/15: We’ve just got word from Philips that the Hue Go will go on sale in the UK from today, priced at £79.99. It can be purchased from Amazon, Apple Stores and John Lewis. It will arrive in Europe and the US in May.

Philips hooks up with Spotify, drops a houseful of fresh Hue smart lighting

Give your digs a glow up 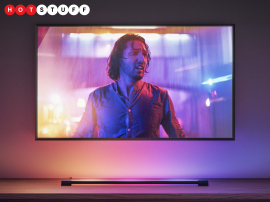