Nintendo’s days as purely a console/portable game and hardware maker – and nothing else – are about to be behind them, as the company explores smartphone gaming. But Nintendo has been poking around in other, less obvious markets.

Last October, Nintendo revealed plans to launch a “Quality of Life” platform in 2016, with a non-wearable sleep tracker that would use cloud servers to measure and analyze your slumber. That’s all we heard at the time, but it was certainly an unexpected twist from the company.

Now, a Japanese patent application discovered over the weekend (but filed last autumn) shows a bit more about what Nintendo might have in mind. It shows a bedside dock with a device held within – most likely a smartphone, but perhaps it’s a forthcoming Nintendo handheld instead (it’s not made clear) – and speakers, but there’s also a surprise element in there.

The unit has a built-in projector, which displays an image on the ceiling above your bed. The patent application says that the device can detect a user’s emotions – which lines up well with the information revealed last October – and that it uses a microphone and camera (probably the one on the phone) to gather that data.

Your sleep data – including your body temperature, pulse rate, and other details – are sent to the cloud, and what you get back is a sleep score. Hooray, gamification! If it is a smartphone in the dock, then perhaps a Nintendo app tracks your data during the day and then tabulates all that health data together. Whatever the case, the image displayed contains your health data, letting you start the day either with an affirmation of your health success or maybe motivation to do better.

Nintendo is potentially at a turning point right now, not only with the financial failure of the Wii U but also the recent death of president Satoru Iwata. The impending leadership change could shake up the company’s plans, but it’s clear that Nintendo has been looking for new avenues to explore for some time now. 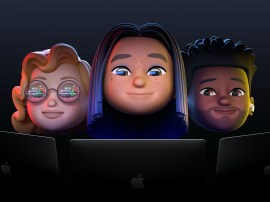 How iOS 14 is about to revolutionise your iPhone

Your iPhone will never be the same again 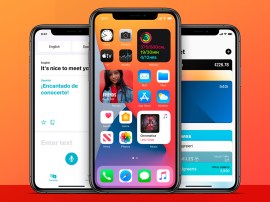