If you found yourself on Twitter within the last hour, you might’ve noticed the immense outpouring of emotions over the release of the new Star Wars: The Force Awakens (Episode VII) trailer, as the Star Wars Celebration expo kicked off in Anaheim, California.

Fans shared stories of crying at their desks at work, filled with the promise of a brand new Star Wars adventure. Others started dissecting its contents – lovingly – to sort out the details behind what was just shown. And nearly everyone agreed on something, for once: that was one heck of a trailer.

It was a beautiful, rare moment for Twitter. Now, moments later, as we’ve all gotten back to the usual social stream of bickering and sharing mundane nonsense, we can… wait, the glow hasn’t faded yet? Oh, fantastic. Well, here’s the second trailer for Star Wars: The Force Awakens below. People seem to love it.

It’s a rousing clip, full of familial teases, thrilling imagery, new characters, and a pretty perfect callback to some old favorites. Granted, two minutes of well-stitched footage may not tell us that much about how the feature-length film will turn out, but both early trailers have been roundly well received, and we’re excited to see and hear much more.

Directed by J.J. Abrams, Star Wars: The Force Awakens hits cinemas on 18 December, with Episode VIII (with Rian Johnson taking over) already dated for 26 May 2017. Spinoff Star Wars: Rogue One will release between the two, on 16 December 2016. 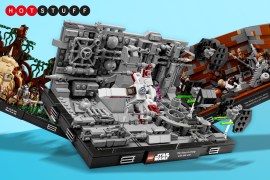 8 things you need to know about Star Wars Battlefront II

UPDATED: All the latest info from EA’s E3 presentation 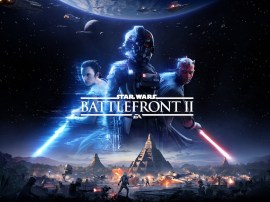 Everything we learned from the leaked Star Wars Battlefront II trailer 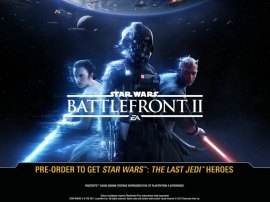