Motorola’s sharp Moto G budget line is getting larger under the stead of new caretaker Lenovo, with both the Moto G4 and Moto G4 Plus announced earlier today – but apparently two phones wasn’t enough.

Later today, Lenovo revealed the Moto G4 Play (a.k.a. Moto G Play), which shoots towards a much lower-end segment of the market than its nicely upgraded siblings. It uses the same kind of naming approach as last year’s Moto X Play, which was lower-specced than the Moto X Style (a.k.a. Moto X Pure Edition).

The Moto G4 Play seems to find a middle ground between the specs of the 2nd and 3rd-gen Moto G models, and could serve as a replacement for the Moto E. That starts with the 5in 720p display and the Snapdragon 410 processor, both of which are carried over from last year’s Moto G.

It’ll also have 2GB RAM and 16GB internal storage, with microSD support up to 128GB, while the back camera is a downgrade from last year’s Moto G, offering an 8-megapixel shooter (the front is 5MP). A 2,800mAh battery isn’t as robust as the Moto G4, but it beats last year’s Moto G and should provide more hours of use given the same screen and processor.

The device – which runs a "pure" version of Android 6.0.1 Marshmallow – isn’t quite as thin or sleek-looking at the Moto G4, but there’s likely to be a significant price difference. Lenovo hasn’t shared that detail just yet, but given how much you get in the Moto G4 for £169, the Play model could be seriously affordable.

The Moto G4 Play will release globally around mid-summer, says Lenovo, and we’ll let you know once that price point is announced – but keep it in mind if you’re eyeing a new cheap phone in the coming months. 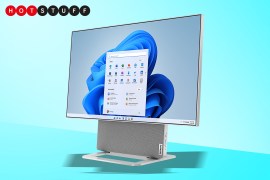