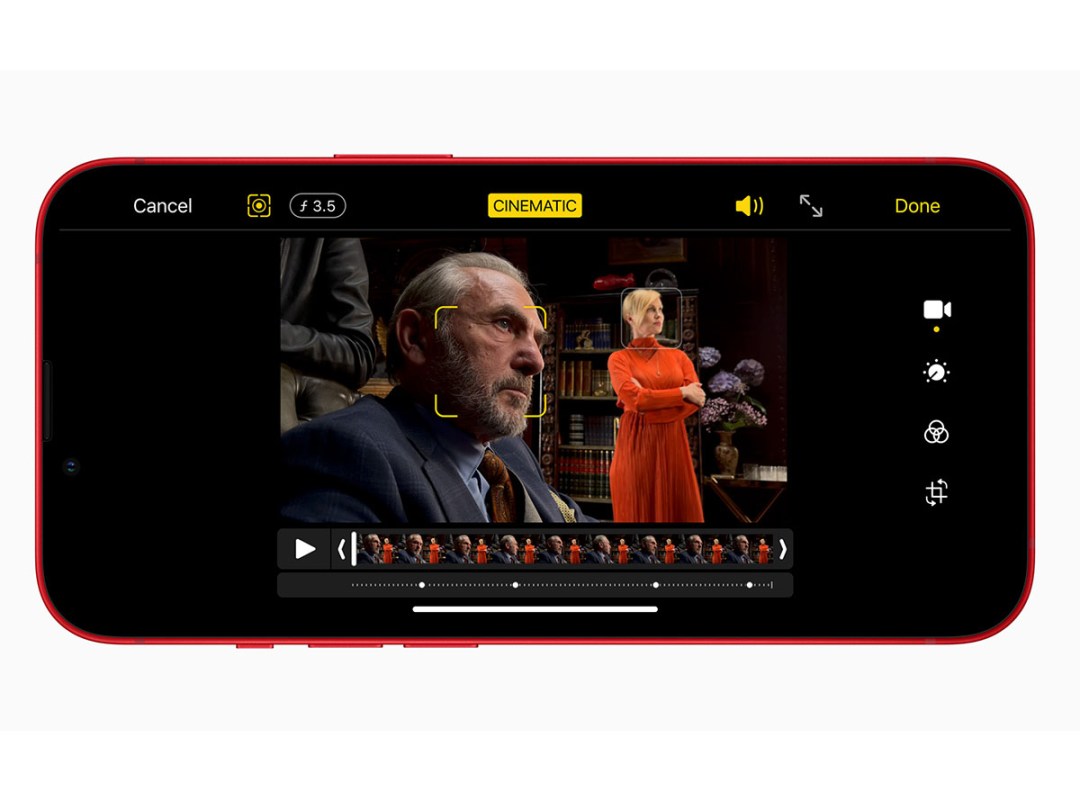 Apple made a big deal of the iPhone 13 and 13 mini‘s camera system – and not just because it features the biggest sensor pixels yet on an iPhone.

More on that later, but what really grabbed our attention from Apple’s presentation was video – or more specifically Cinematic mode, which aims to recreate the “rack focus” technique used in Hollywood movies and TV shows. Put simply, rack focus is the use of in-focus and out-of-focus areas of the image to direct the viewer’s eye; by shifting sharp focus from one character to another, or to an object, a cinematographer can subtly guide the viewer’s attention.

It’s an effect you’d have struggled to reproduce on any iPhone to date, but on the iPhone 13 it’s baked right in – and it works automatically, shifting focus when it detects an on-screen face look away. You can also control it manually by tapping on the face or object you want to shift focus to in real-time. Oh, and Cinematic mode also uses Dolby Vision HDR to lend more dynamic range and colour detail to your videos. We can’t wait to give it a go and “really make those Instagram Stories sing” as Tim Cook might say.

The iPhone 13 Pro and Pro Max take things even further on the filmmaking front, with extremely high-quality ProRes footage supported, as well as the ability to manually control the bokeh levels on video (using algorithms, not optics – the bokeh effect is replicated digitally rather than achieved naturally by aperture, lens and distance).

The iPhone 13’s camera has been given a significant all-over boost, now including sensor-shift optical image stabilisation and larger sensor pixels to boost low-light performance by almost 50 percent in the wide camera. Both the ultra-wide and wide cameras remain 12MP, but chasing ever-increasing megapixel counts has never been Apple’s style. The company’s approach is rather to gradually build and perfect on the previous model’s camera – and that’s why the iPhone’s camera is consistently one of the best smartphone snappers around.