If you were upset when Google killed off Glass last month, don’t despair. Google’s apparently got a second version in the works, and it’s said to be a completely different.

The New York Times has indicated that the head-mounted wearable will be redesigned “from scratch”, which probably means new look, new features, new everything. It sounds promising, considering that its change of leadership includes former Apple executive and the founder of Nest, Tony Fadell, and jewellery designer, Ivy Ross.

This strategic “reset” would likely make the second version a must-have toy for geeks, executives, or even fashionistas – not that the original Google Glass wasn’t, but it was just too far ahead of its time. And made you look like a cyborg.

It’s also been reported on the New York Times that unlike what was done with the original Glass, there won’t be a public beta testing. A tipster was quoted saying that this next-generation device won’t hit retail “until it’s perfect”.

Whatever the case, it’s not just all about new looks and additional features. Google Glass version 2.0 will have a lot of kinks to iron out too – the device was called out for being banned from cinemas, theatre chains, cars, and even bars.

Another issue it’ll need to work on is its pricing strategy – the original cost US$1500, which is was far too much for the average mass-market consumer. Sources claim the explorer edition prototype itself needed to be about 90 per cent cheaper.

Google might have more answers in relation to this as the new and improved version gets rolled-out, but for now, we’re keeping our fingers tentatively crossed for some welcome improvements.

READ MORE: All the hottest stuff, on one scorching page

Fitbit’s latest additions are the Sense 2, Versa 4 and Inspire 3  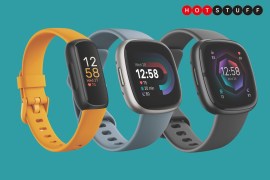