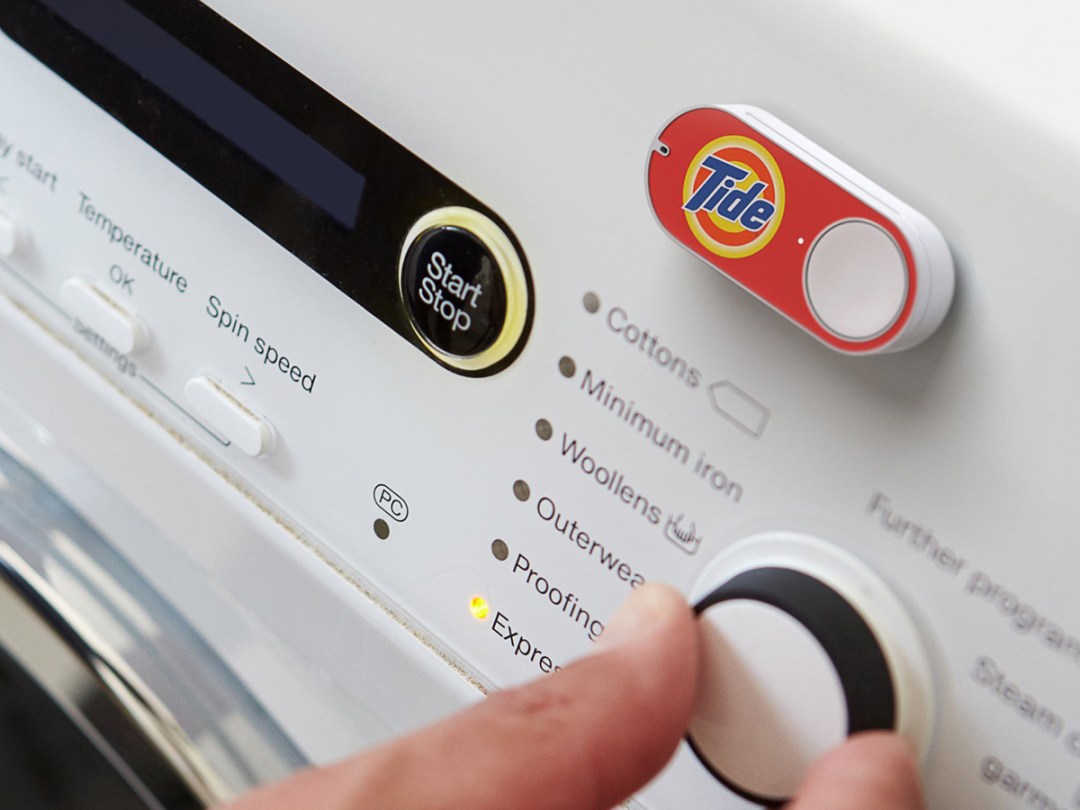 It’s 1st April, so we’re all sifting through a lot of half-baked attempts at “brand humour” today. And at first, that’s what Amazon’s Dash Button appears to be – a dumb joke dreamt up one feverish night in February by an overworked, Mountain Dew-chugging Amazon social media team. But it’s actually real. We think.

The Dash Button is a small, battery-powered, Wi-Fi-equipped device that can be stuck to walls, cupboard doors, washing machines and the like. It’s linked to your Amazon Prime account and associated with a single everyday household product. Push the button and said product will be instantly ordered for speedy delivery.

The idea is that you hit the button when supplies of kitchen roll, washing detergent, coffee pods or moisturiser are getting low. It won’t make a new box of macaroni cheese appear out of thin air, but if you push it when you realise you’ve got about a quarter of a box left, you’ll be OK. Amazon Prime offers free next-day delivery in the UK, but in the US (where the Dash Button is first launching) most people need to wait two days for a Prime order.

We know what you’re thinking: the Dash Button is open to severe misuse. Kids are going to push this thing and suddenly you’re wondering where to store 334 boxes of Kleenex. Well, Amazon has considered this, and in order for an order to go through, you’ll have to confirm via the company’s smartphone app. It may add a layer of friction to the whole process, but it’s better than the alternative (wanting a cup of coffee and actually having to leave the house to buy a box of Nespresso pods… just awful).

The Dash Button is available to Prime users in the US now, by invitation only (you’ll have to request an invite via the Amazon site). Popular brands already on board include Bounty, Clorox, Huggies, Kraft and Cottonelle. (We know, they don’t mean much if you live in Doncaster, but if you’re in Des Moines, Iowa, they’re HUGE.)

Perhaps realising that many would suspect its new device was a prank, Amazon announced the Dash Button yesterday. We’re still not sure it’s something any properly functioning human being needs, but you could say the same of a lot of technology. If it comes to the UK soon, we might start wondering how we ever lived without it.

Now read this › UK could beat US to Amazon drone deliveries

Smaller, lighter and shipping in November 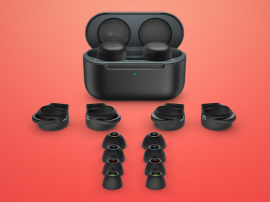