Already the best-selling smartwatch on planet Earth, the Apple Watch Series 6 takes things one step further when it comes to tracking your health. With ECG scans under its belt, next is mastering the ability to measure SPO2 by using infrared LEDs on the back crystal to measure light reflected from your blood, and it’ll only take 15 seconds to take a reading. Running on an optimised A13 Bionic chip, the latest flagship Apple Watch is 20% faster than its predecessor. WatchOS7 furnishes that always-on Retina display with seven new faces, including Chronograph Pro which includes a tachymeter to calculate speed based on time travelled over a fixed distance. It also can detect when you’re washing your hands and start a 20-second countdown – something announced at WWDC earlier this year. The new altimeter detects elevation in real-time and can be shown as part of a new watch-face compilation. Apple Watch Series 6 starts at £399 and is available to order now. Plus, a new blue finish enters the colour palette along with silver, space grey and gold aluminium options, not forgetting a striking (PRODUCT) Red too. The Solo Loop puts paid to fastenings alltogether, and means you can simply slip on the soft silicone or new stretchy braided yarn version.

Everything Apple announced at its Time Flies September 2020 event

New Watches, new iPads and some enticing new services, but no phones just yet 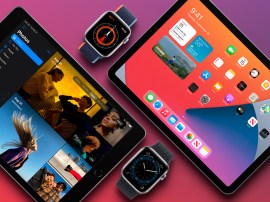 Who you trying to get crazy with SE? Don’t you know I’m loco? 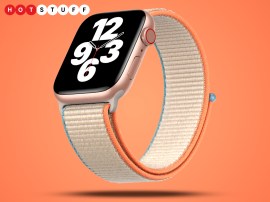