If there’s a downside to the onslaught of ultrathin televisions, it’s that they often make the soundbars sitting underneath them look remarkably chunky. Not the case with Samsung’s new soundbar, which easily rivals your OLED in the skinny stakes. A successor to the MS650 Sound+, the NW700 Sound+ measures just 53.5mm in width, making it 41% narrower than the previous model. Does that slender frame mean sacrifices are made to its noise-making innards? Well, there’s no Dolby Atmos, but the NW700 packs in three channels of sound and a built-in woofer, and its maker promises powerful bass when it’s needed. We’ll have to reserve judgement until we’ve seen it in action, but if the audio performance matches the irresistible design, Samsung has a surefire winner on its hands. 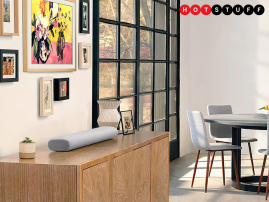 Soundbars don’t come smarter than this 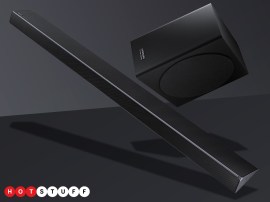