1982 was a different time. A time when Frankie dominated the charts; when Dundee was a hub of technology; and when an 8-bit computer with a colour display and modest power was enough to take the world by storm – and create a whole generation of programmers in the process. Now, Clive Sinclair’s ZX Spectrum is back to change the world. Again. Dubbed the Spectrum Next (from £99), this novel Speccy channels the styling of the original, while adding faster memory, new video modes and an HDMI output. It’ll play nice with most expansions for the original, too, while open-source software means you’ll be able to code like Spandex is still cool.

From glossy US space operas to gritty British dramas, Netflix is stuffed with great series. We’ve rounded up our favourite Netflix box sets. Updated for January 2023 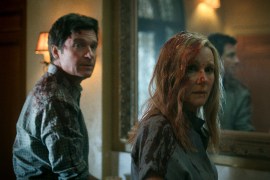