When you think about Sony and gaming, it’s very hard not to think about PlayStation, but the Japanese giant’s latest product launch is aimed squarely at the PC gaming crowd, with a new sub-brand called Inzone.

At the outset, Inzone is leaning on two of Sony’s other specialisms – audio and visual – debuting with two gaming monitors and three headsets.

Let’s start with the monitors. The Inzone M9 (£999) is the flagship model. It’s a 27in 4K monitor with up to a 144Hz refresh rate, 1ms GtG response time and full-array local dimming with DisplayHDR 600 certification. As you’d expect given the above specs, the M9 supports the HDMI 2.1 standard and utilises Nvidia G-Sync to keep games looking buttery smooth.

Though billed as a PC monitor, Sony is also pushing the M9 as the perfect partner to the PS5, with VRR support and automatic HDR optimisation. It’ll also know when to switch between game and cinema modes, and there’s an FPS-specific picture mode that fine-tunes brightness and contrast to ensure enemies clearly stand out.

The Inzone M9’s height and angle are are adjustable, while the trim tripod stand gives you more free desk space for other accessories. As well as the two HDMI 2.1 ports you also get one DisplayPort 1.4, one USB-C port, one USB-B port (upstream), three USB-A ports (downstream) and a 3.5mm jack. The M9 also supports Auto KVM Switch, allowing you to control up to two PCs or one PC and one console from a single set of mouse, keyboard and headset connected to the monitor.

The second monitor is the Inzone M3. It’s the same size as it the M9 that sits above it and boasts a lot of the same features, but maxes out at Full HD/240Hz. The M3 will arrive later in the year and doesn’t yet have a price.

Sony is also launching three Inzone headsets. The H9 (£269) and H7 (£189) are wireless, while the cheaper H3 (£89) is wired. All three headsets feature 360 spatial sound on PC (the PS5 uses its own Tempest 3D audio tech), which can be adjusted using the Inzone Hub software. You also get the same Discord-certified  flip-up boom mic on each headset.

The H9 is the only headset of the three that features Active Noise Cancelling (ANC), which is something not offered by a lot of gaming headsets, including Sony’s own Pulse 3D Wireless headset for the PS5. Sony has incorporated the same Dual Noise Sensor Technology used in the 1000X series headphones. There’s an ambient mode if you’d rather not totally banish the hubbub of the outside world, while both the H9 and H7 allow you to manually adjust the balance between in-game audio and chat.

It might be nearly £100 cheaper, but the H7 headset has the advantage in the battery life department. You can expect 40 hours on a single charge, up from the H9’s 32 with noise-cancelling off. The more premium headset’s battery life also likely takes a hit from its on-board lighting, which is exclusive to the H9. You can charge while you play, and Sony says a 10-minute charge will return an hour of juice.

The Inzone M9 is will arrive later in the summer, with the M3 coming later in the year. All three headsets are available to order now.

The Last of Us Part I is out September 2 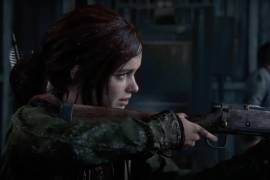 A trio of new PS5 covers are coming next month 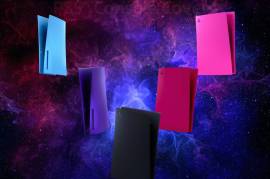