Xiaomi has kicked off its partnership with photography experts Leica in grand style with the Xiaomi 12S Ultra – a properly premium handset crowned by a 1in camera sensor. The firm even went halfsies with Sony to develop it.

The main snapper is among the largest ever to appear on a smartphone, and at 50.3MP isn’t short on pixel count either. It has an eight-piece aspherical lens, multiple reflection-reducing coatings, and what Xiaomi calls “octa-PD” autofocus. It’s joined by a 48MP ultrawide (with dual-PD autofocus this time) and a 48MP periscope telephoto with OIS, which is good for 120x combined zoom. All three sit in a massive module that covers the entire top half of the phone.

A 6.73in, 3200×1400 resolution AMOLED display brings a welcome step up from the outgoing Xiaomi Mi 11 Ultra in the form of LTPO tech, for an adaptive 1-120Hz refresh rate. Expect an eye-searing 1500nits of peak brightness, HDR10+ playback and native 10-bit colour depth, along with complete coverage of the DCI-P3 colour space.

Unsurprisingly Xiaomi has gone all-out on the performance front, with a Snapdragon 8+ Gen 1 processor. Qualcomm’s latest top-end silicon promises 10% uplifts to both CPU and GPU power, along with 30% better battery life. The Chinese firm reckons it has kept temperatures under control with a new 3D cooing system, which should avoid throttling when pushed to the extreme. It’ll ship with either 8 or 12GB of RAM, and 256 or 512GB of on-board storage. It’s running Android 12, with the firm’s MIUI 13 on top.

A 4860mAh battery isn’t the largest we’ve seen from the current crop of premium handsets, but 67W wired fast charging and 50W wireless charging should help you keep topped up.

Elsewhere you get goodies including an in-display fingerprint sensor, IP68 dust and water resistance, Bluetooth 5.2 with Snapdragon Sound support for high-quality wireless audio, and stereo speakers tuned by Harman Kardon. The whole thing is wrapped in a leather-like texture, with curved glass on the front.

The 12S Ultra was revealed alongside the Xiaomi 12S and Xiaomi 12S Pro at an event in China. The latter two are incremental upgrades on this year’s Xiaomi 12 and Xiaomi 12 Pro, with newer CPUs (and a new main camera sensor for the vanilla model), but not much else. 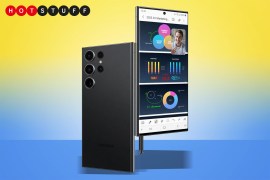 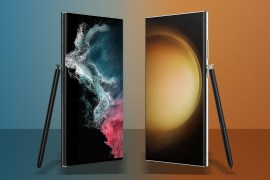