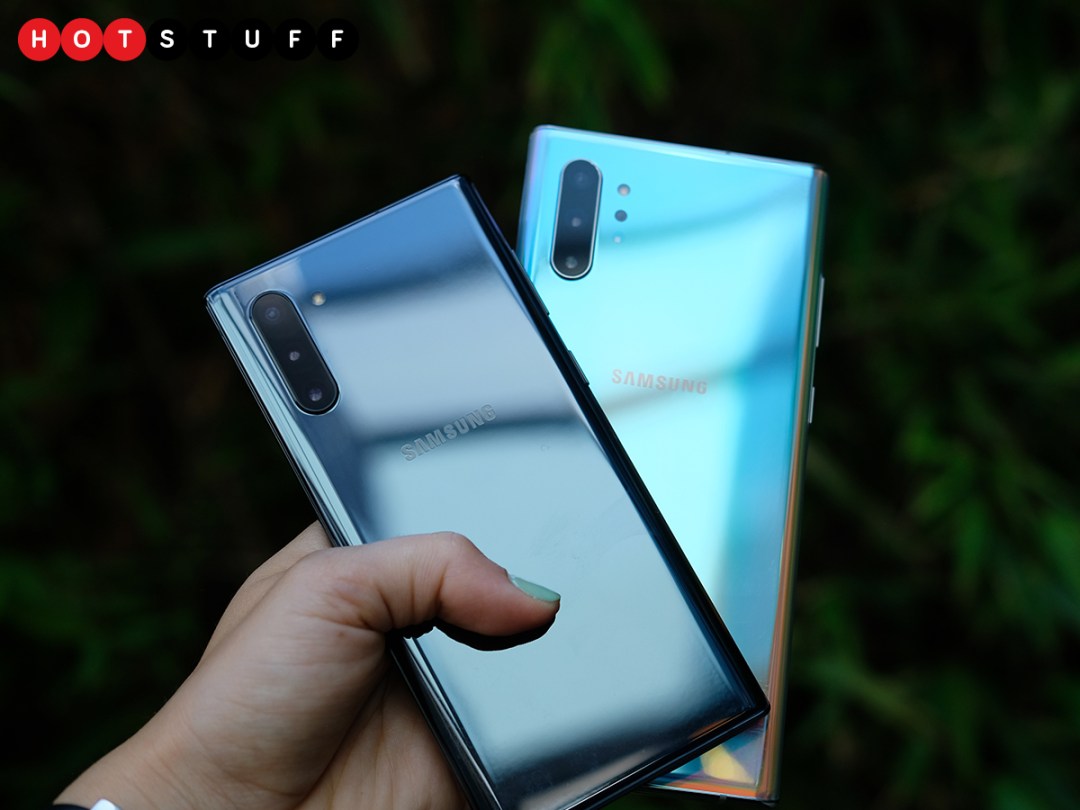 Samsung isn’t exactly known for springing surprises. So while much of what you get with its new Note 10 and 10+ could’ve been guessed before they were officially unveiled, that doesn’t mean there’s not plenty here to get excited about. With its massive 6.8in AMOLED screen, 12GB of RAM, larger 4300mAh battery and quad-camera array, the Note 10+ (£1,099) is the pick of the pair, but both come with slimmer bezels, the classic Note stylus and all the internal gubbins needed to work with 5G. The extra camera on the 10+ adds DepthVision, while the others offer telephoto (12MP), wide-angle (16MP) and standard (another 12MP) shooting skills. CPU and GPU performance are both significantly improved over the Note 9, plus it comes in some flashy new colours, including Aura Glow and Aura Pink. You can pre-order now or wait til both go on general sale on 23 August.