There’s been no shortage of gaming mice scurrying around the show floor at this year’s CES, but it’s fair to say that Razer’s HyperFlux isn’t struggling to find its USP. It’s wireless – not in itself all that exciting – but break it open and you’ll find no battery. Instead, it draws its power through a magnetic field created by the HyperFlux charging pad. As you might expect, this means the mouse weighs next to nothing, and as long as it’s on the mat it will remain charged indefinitely. If that all sounds a bit too futuristic, you can always plug it in to your computer via Micro USB. You can get your hands on both products when a $249 bundle launches in the next few months.

Why wield multiple gaming headsets? This one could do the trick 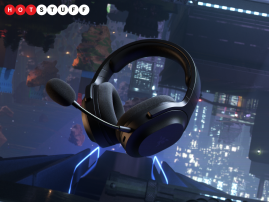 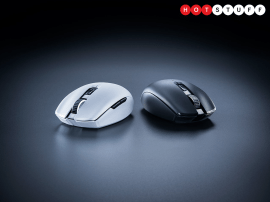