Dyson has revealed its latest range-topping vac. It has a completely different range from the rest of Dyson’s cordless range – the Gen5 Detect. The ‘detect’ bit isn’t new – as with the V15 Detect, the fluffy hard floor head boasts a laser, now with improved performance for highlighting dust and debris around a third further away than before (it’s twice as bright).

It also boasts an enhanced Hyperdymium motor, spinning at up to135,000 rpm for further improved suction. It’s been built around a shorter shaft and so is more compact than previous generations.

There’s also now a ‘fully sealed’ filter (though you can still screw it off for cleaning) – the idea of it being fully sealed means that cleaner air is expelled into your home as a result.

“The best filter cannot provide clean air if there is an opportunity for dirty air to leak out of the machine,” says Dyson’s head of floorcare Charlie Park. “In our Gen5detect vacuum, we went a step further with HEPA filtration to ensure that even virus particles as small as 0.1 microns remain trapped in the machine.”

Battery life is also improved with this generation, promising around 10 minutes more than the V15 with 70 minutes of run time now possible. And, as with the V12 Detect, Dyson has done away with the classic trigger meaning you no longer have to keep your finger held down while you clean.

There’s no US or UK launch or pricing yet confirmed for the device, but we do know that it has already launched in Korea for 1.39 million won which is – wait for it – the equavelent of $974 or £880. While we don’t quite expect those prices when it debuts in the west, it’s clear it’s going to be a step up from the $799/£599 V15 Detect Absolute.

The cleaner also intros a new user interface for the screen on the cleaner – again it will show you the type of particles that the cleaner is collecting.

The wand also now has a built-in dusting and crevice tool meaning you don’t need to faff about with extra attachments when you just want to blitz a single cobweb. 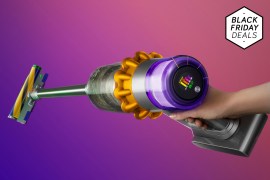 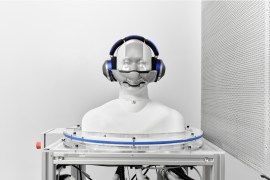 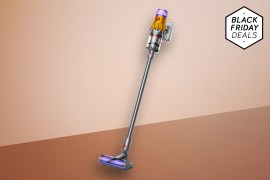