What are the two killer features all bikes must have? How about wheels and the ability to fold down faster than a DIY origami napkin. If you’re in uncompromising agreement, you’ll want to have a mooch at the Gocycle GXi (£3,699). The new fast-folding electric bike is due to join the Gocycle lineup in 2020, and is pitched as the company’s most “rider-focused” e-bike yet. That’s high praise indeed, but on paper at least the GXi looks to have earned it. The flexible bike can be folded down in just 10 seconds, and houses a fully-integrated 375Wh battery that delivers a range of up to 80km on a 4-hour charge and can be removed in a snap. Other useful features include a patented Daytime Running Light, an LED cockpit, and electronic predictive shifting, which have all been included to help the GXi become the ultimate urban explorer.

And it’s joined by some nippy leccy-powered scooters 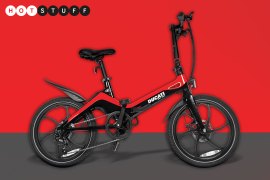 Forking out for fourth-generation forks 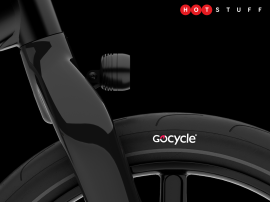 Limited-edition Gocycle G3+ is a bike of many colours

It now comes in natty red, green and yellow editions 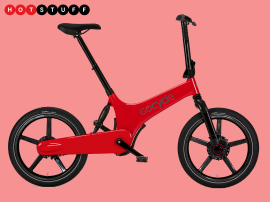