Some fairly epic X-Series mirrorless cameras have rolled off the assembly line at Fujifilm’s Taiwa assembly plant over the past decade. But they’ve largely been all-rounders, from portraits and street snaps to sports and product photography, and everything in between. The all-new Fujifilm X-H2S, though? It’s something of a specialist, with the fastest continuous shooting of any Fuji X-Series camera to date.

Fuji has redesigned the APS-C model from the ground up to be the highest-performing, most reliable X yet, and firmly with professional use in mind. It’s the first camera to use the firm’s fifth-gen X-Trans CMOS 5HS sensor and X-Processor 5 image processor, which combined allow for blistering 40fps blackout free shooting – more than enough for even the most demanding sports and wildlife snappers.

It’s a 26.1MP stacked sensor with the same PDAF points and pixel pitch as the previous-gen X-Trans CMOS 4, but gains 120fps live view and 1/151sec rolling shutter – a threefold improvement. It’ll also record 4K video at 120fps, or 6.2k at 30fps, with 5-axis digital image stabilisation available up to 4K at 60fps.

Autofocus is now twice as fast as the X-T4, and more accurate as the focus information is coming off the sensor that much faster. The camera predicts moving subjects better than previous efforts, even ones moving erratically like animals and athletes. Subject detection AF works in movie mode now too.

In-body image stabilisation now maxes out at 7 stops (up from 6.5 in the previous-gen model), with improvements to panning and tilting for smoother video recording. Stirring correction has also been added for digital image stabilisation when required.

The image processor has been given a speed boost, and picked up some deep learning algorithms to help with object detection and scene recognition. It supports the HEIF format at 10bit 4:2:2, and can record video in ProRes 4:2:2, F-Log2 and BlackMagic RAW. There’s no 30 minute recording limit like you’ll find on some DSLRs, even when shooting RAW.

Bigger files need bigger, faster storage, so Fuji has added CFExpress Type B and UHS-II card support – a first for any Fuji camera, including the medium format GFX 50S. It’ll even lock you out of specific modes if you don’t have a fast enough card.

The battery should manage up to 240 minutes of recording in ambient temperatures, but this drops dramatically in hot weather. It’s why Fuji is also launching a bolt-on fan accessory, that’ll triple recording time in tropical and desert conditions. Used purely to shoot stills, it should manage around 500 shots between charges. An optional battery grip triples that figure for over 1000 frames in the most strenuous mode. Fuji is also working on a version that adds USB-C connectivity and the ability to hook in to 5G devices for live streaming, tethered shooting, uploading over 5G, or controlling up to four separate cameras by web browser.

The X-H2S is smaller and lighter than the X-H1, despite using a bigger battery (660g vs 673g). It has fewer buttons, but the ones that remain are larger, more durable, and sensibly spaced apart for easy operation while wearing gloves. The whole body is weathersealed for protection against the elements. It’s also packing a 3in, 1.62mil dot vari-angle touchscreen LCD, and a 5.67mil dot EVF with a 120fps refresh rate. Fuji has found room for a full-size HDMI 2.1 output, headphone and microphone inputs, and a USB-C connector with cable lock screw. USB3.1 gen2 allows for rapid 10Gbps file transfers.

The Fujifilm X-H2S is set to go on sale in early July, with body-only prices set to start at £2499. That might seem pricey, but Fuji reckons professionals would need to spend twice as much to get a similar spec from rivals like Canon, Nikon or Sony. It’ll be joined by the dedicated battery grip and the warm weather cooling fan attachment, but there’s currently no word on prices for either. The file transmitter battery grip will follow in September.

The former is made from magnesium, aluminium and industrial plastic to keep weight down. It weighs 1605g, which is 20% less than equivalent telephotos from other brands. You’re getting a 230-915mm equivalent focal length, with 5.0 stops of OIS at 600mm. It’ll set you back £1899 from July.

For something a little lighter, the XF18-120mm F/4 weighs in at 460g and has a 27-183mm equivalent. It’s a hybrid lens, designed for both stills shooting and video recording, with a fully electronic zoom controllable from the camera. There’s no word on pricing for this one, which is set to arrive in September.

Plus more big discounts on Honor’s wearables, headphones and laptops 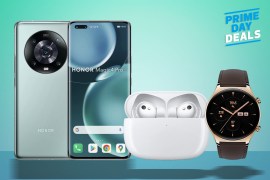 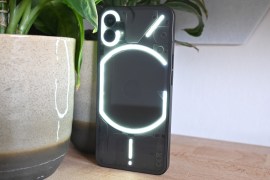