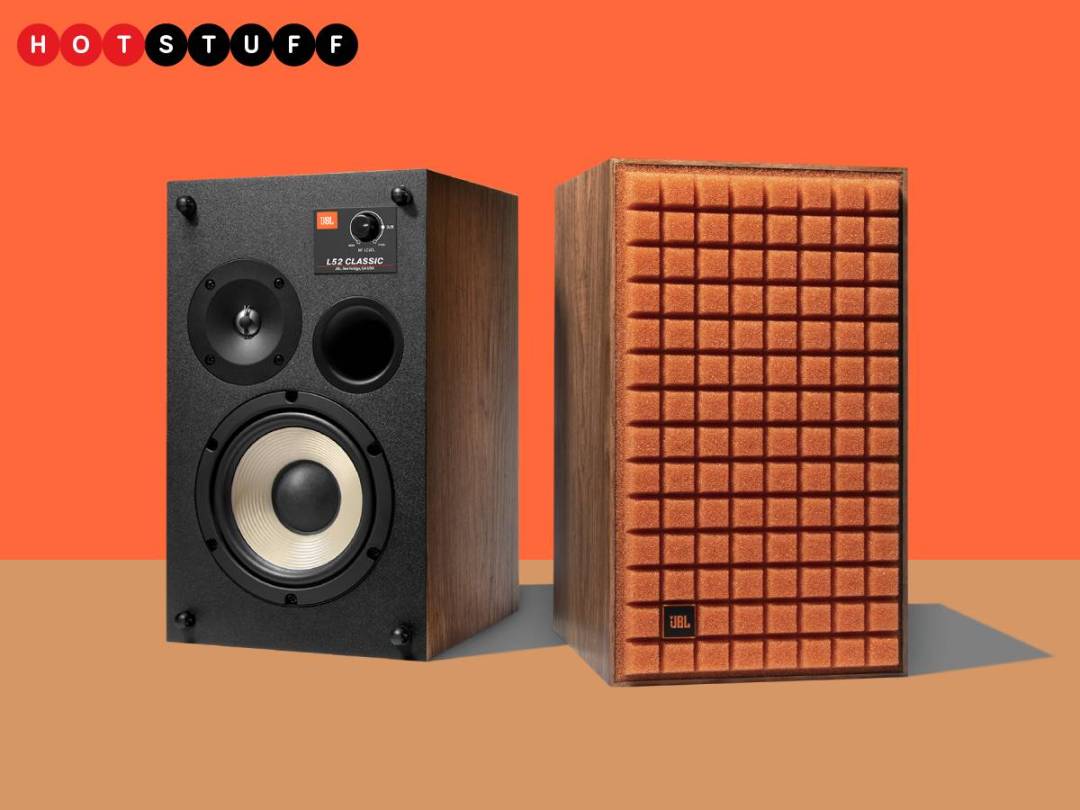 Many will be familiar with the self-proclaimed ‘classic’ pair, built in the image of the larger L82s, which were based on the even beefier L100s, all of which are based on the 1970s 4310 Pro studio monitors. Each iteration shares that distinctive Quadrex foam grille and boxy design finished in walnut wood veneer. The L52 Classic (£1000 a pair) include two threaded inserts on the rear panel so can be easily wall-mounted. With a premium crossover network design, sound is tailored to its environment and a 0.75in titanium dome tweeter paired with an acoustic lens waveguide, plus a woofer should have your Fleetwood Mac albums sounding quite simply, off the hook. Pick one up in black, blue, orange later this year. Alongside this, JBL has launched the L75ms (£1,400) for all your music system needs, offering both wired and wireless network compatibility, with Google Chromecast built-in, Apple AirPlay 2, and Bluetooth audio. Radical.